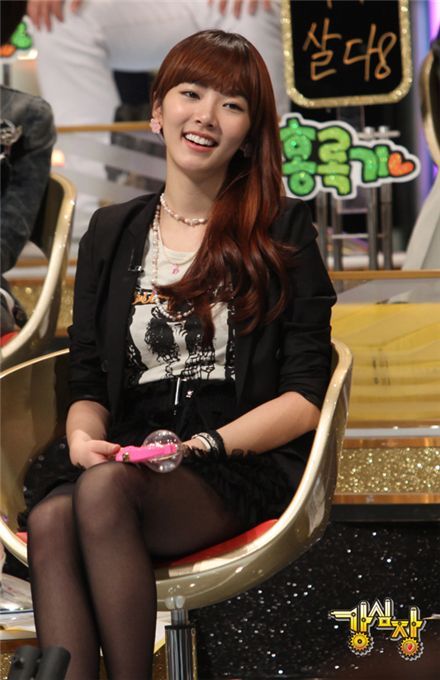 Korean singer Bae Seul-gi has revealed that she "danced" her way to making her Hollywood debut in a new film titled "Final".

While making a guest appearance on popular SBS talk show "Steel Heart", which aired Tuesday, the 23-year-old singer explained that the 'old-school dance moves' she had often performed on SBS program "Love Letter" helped her land a role in the upcoming Hollywood flick.

"Love Letter" was a make-believe matchmaking entertainment program which aired from 2003 to 2006.

"The dancing moves helped convince the German director for the film to cast me as the main character for the movie and I am preparing to go into shoot", Bae said on the show, adding that she will play a ruthless Korean killer in the film.

On the Tuesday episode, she even gave a variety of retro dance performances with singers Chun Myung-hoon and Kim Jong-min.

Bae first made her debut in 2005 as one of the members of girl band "The Red" but turned solo after the group disbanded the following year.

"Bae Seul-gi to star in Hollywood film"
by HanCinema is licensed under a Creative Commons Attribution-Share Alike 3.0 Unported License.
Based on a work from this source