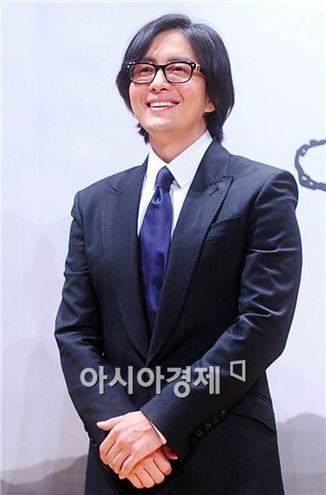 Hallyu star Bae Yong-joon's company Keyeast Co., Ltd. saw its profits surge three-fold last year, proving it is a strong player in the entertainment industry which has been hit hard by the economic downturn.

Keyeast, a provider of Korean cultural content of which Bae is a major stockholder, announced through a press release Friday that the firm posted profits worth 10.5 billion won in 2009, a 303.5 percent increase compared to the previous year.

An official at Keyeast explained that the reappraisal value of Digital Adventure (DA), worth about 10 billion won, accounted for a majority of the gain. DA, a Japanese digital contents distribution company, had merged with BOF Entertainment, another subsidiary of Keyeast in May.

The success of cultural content, including the production of the animated version of hit TV series "Winter Sonata" and the publication of Bae's travel essay "Discovering the Beauty of Korea", also helped Keyeast report improved earnings.

Keyeast CEO Kim Ki-hong said the firm is expected to produce improved results in 2010 due to its synergy with DA.

A number of top Korean actors are managed by BOF, the talent management affiliate of Keyeast, including Bae Yong-joon, Lee Na-young, Choi Kang-hee and Lee Ji-ah.

"Bae Yong-joon's Keyeast profits up three-fold"
by HanCinema is licensed under a Creative Commons Attribution-Share Alike 3.0 Unported License.
Based on a work from this source