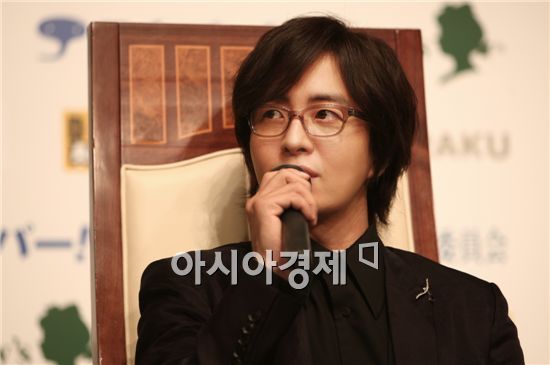 KEYEAST, where Bae is one of the major shareholders, explained yesterday that they "had no choice but to cancel production of the TV series because it seemed difficult to produce the show with the current product placement (PPL) market conditions in Korea".

The main reason for cancellation appears to have been Korea's strict regulations regarding PPL in television dramas. According to current regulations, specific wine brands and product names are prohibited from showing on network TV. This creates a problem in delivering the story since all the wines that appear in the original comics are authentic.

The 37-year-old actor is reportedly seeking out his next project since "Waterdrops" has been cancelled.

Bae has starred in many television dramas and several films, most recently in MBC's "The Legend" in 2007. He is best known for the 2002 hit TV series "Winter Sonata" which turned him and his co-star Choi Ji-woo into Hallyu stars.

"Bae Yong-joon's new wine drama gets cancelled"
by HanCinema is licensed under a Creative Commons Attribution-Share Alike 3.0 Unported License.
Based on a work from this source