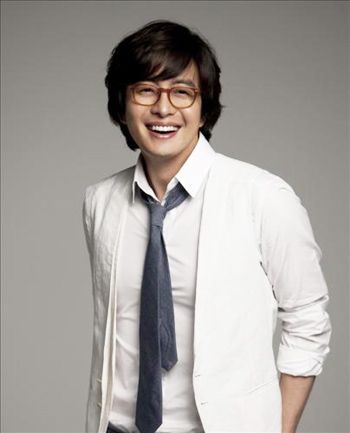 Actor Bae Yong-joon's agency Keyeast said on November 26, "Hallyu star Bae Young Joon will take a 'family photo' with fans in Asian regions, and the fans who take a picture with him will be selected on a first-come basis. Bae Yong-joon, who has expressed his special love for his fans for a long time so much that he calls his fans 'family', has decided to take a family photo with fans. The project to take a family photo will begin in Korea and Japan and expand all around the Asian regions".

The project entitled 'Family Photo Project – We Are a Family' will receive applications through Bae Yong-joon's official websites established in different countries, and the participation will be determined on a first-come first-served basis.

In Korea, fans can apply from November 26 until 30, and fans in Japan can apply from around the middle of December. Keyeast explained, "The number of participants will be announced later. After we decide the number of fans by each country, we will form several groups to take a 'family photo', and Bae Young Joon will take photos several times by joining each group". Bae Yong-joon delivered a message through his agency, saying, "I just wanted to have a family photo just like every family has, because I have dreamed of taking a photo together with my fans whom I regard as my own family. Then, I will make a family album which contains my family members' faces and keep it as my treasure".

His agency Keyeast added, "This will be a long term project with fans in the Asian region starting from Korea. We will prepare this project as a heartwarming project in which fans can spend time together with Bae Yong-joon while sharing precious time and warmth together as a family".

In addition, Bae Yong-joon will appear in the charity event entitled "Smile Project – Message to Asia" to be held at the Tokyo Dome in Japan on December 14 along with Kim Hyun-joong and Hwanhee.

"Bae Yong-joon Takes 'Family Photo' with Fans"
by HanCinema is licensed under a Creative Commons Attribution-Share Alike 3.0 Unported License.
Based on a work from this source