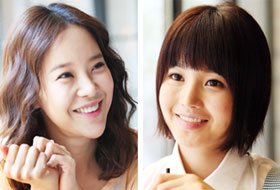 Singer Baek Ji-young and actress Nam Gyu-ri on Monday won damages from a plastic surgery clinic that had used their photos for advertising without their permission. The Seoul Central District Court on Monday ordered the clinic's owner to pay them each W5 million (US$1=W1,165).

The court found the owner guilty of infringing the rights of the celebrities for profit by posting their photos on the clinic's blog without their permission.

Earlier, actor Jang Dong-gun and 15 other entertainment figures filed a similar lawsuit against an eye doctor but lost the case because the court found their photos were posted by a contracted third party.

At present, girl group Wonder Girls, some members of Girls' Generation and actress Su-ae are suing a dentist in Gangnam for W220 million for using their photos and names without their permission.

"Baek Ji-young, Nam Gyu-ri Win Damages from Plastic Surgeons"
by HanCinema is licensed under a Creative Commons Attribution-Share Alike 3.0 Unported License.
Based on a work from this source