Baek Jong-won accompanies wife So Yu-jin on her schedule 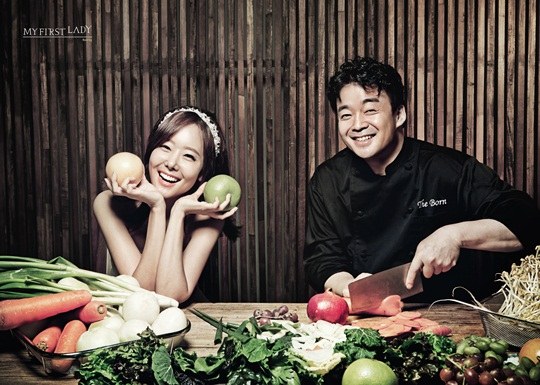 So Yu-jin's husband Baek Jong-won accompanied his wife So Yu-jin at work.

Baek Jong-won was seen at the premier of the movie "Mai Ratima". Meeting the fans took place later after the movie. The cast of the movie waited in the waiting room and went out on stage once the movie was over.

Maybe it was because her husband was there but So Yu-jin did very well on stage and seemed happy the entire time. Apparently no one knew he was coming and they seemed like a very happy couple.

Meanwhile, "Mai Ratima" is about a man who has nowhere to depend on and a woman who is isolated in the world meeting each other.

"Baek Jong-won accompanies wife So Yu-jin on her schedule"
by HanCinema is licensed under a Creative Commons Attribution-Share Alike 3.0 Unported License.
Based on a work from this source