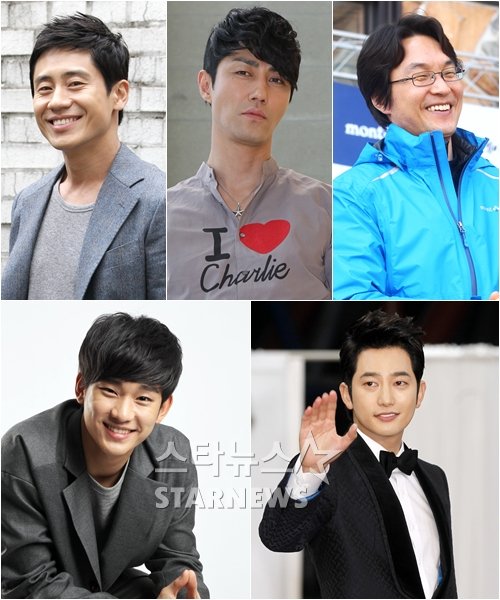 While the 48th Baek Sang Arts Awards is about to open once again, historical dramas look like they are on a roll. The competition between the 3 ground wave companies for the grand prize is also something else of interest.

For the one year of movies and TV programs from the three companies, the Baek Sang Arts Awards will be awarding 13 categories in total, including drama, entertainment, education and popularity awards as well.

MBC drama "The Sun and the Moon" and SBS "Deep-rooted Tree" seem to be very likely competitors.

Other than that, KBS 2TV drama "The Princess' Man" was also put up as a nominee for five categories. MBC "The Greatest Love" and KBS 2TV "Brain" were nominated for 4 categories.

Category by category, the most attention is on the Best Actor. Cha Seung-won, Han Suk-kyu, Shin Ha-kyun and other actors who received awards at the end of last year are going head to head with younger stars like Kim Soo-hyun and Park Si-hoo,

The awards will start on the 26th at 6:30PM run by Lee Hwi-jae and Kim Ah-joong.

"Baek Sang Awards 3 : last years winners compete again"
by HanCinema is licensed under a Creative Commons Attribution-Share Alike 3.0 Unported License.
Based on a work from this source