Bang Minah of Girls Day Drifts Away from Footballer 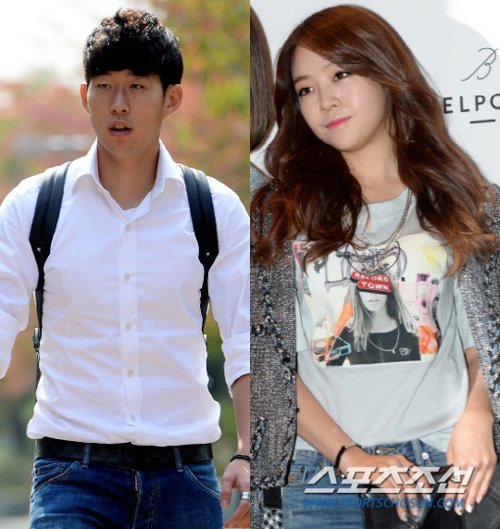 Bang Minah of K-pop band Girl's Day said she is no longer dating footballer Son Heung-min, in a press release by her management agency on Thursday.

"In order to prevent rumors from going wild, Min-ah had to admit to her relationship with [Son] although they just started dating. But since then they drifted apart due to their busy schedules and excessive media scrutiny which apparently put extra strain on them", the press release said.

Bang Minah had admitted to being in a relationship with Son in July.

"Bang Minah of Girls Day Drifts Away from Footballer"
by HanCinema is licensed under a Creative Commons Attribution-Share Alike 3.0 Unported License.
Based on a work from this source