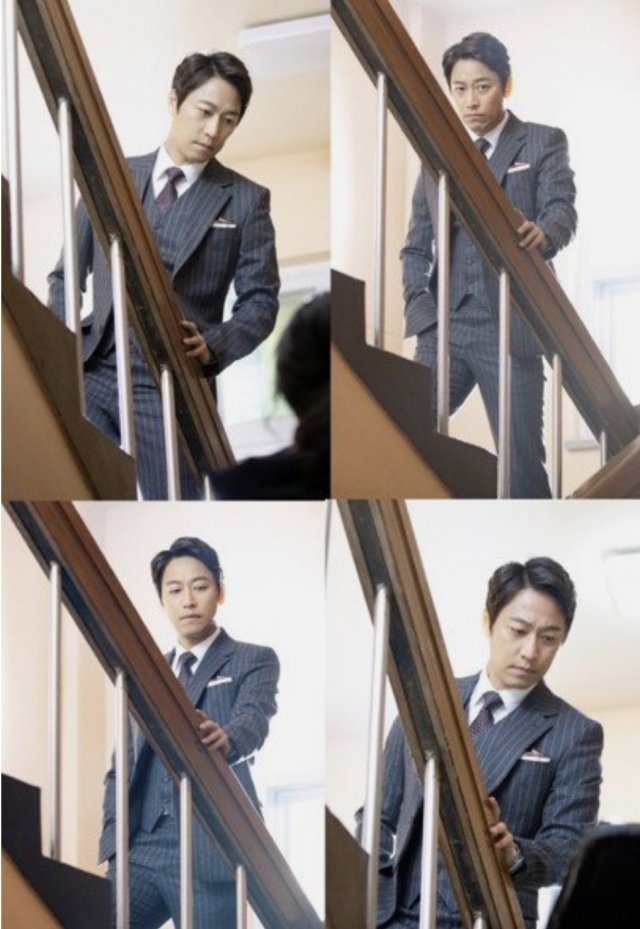 Actor Oh Man-seok looks charismatic in the newest behind-the-scene posters of the new JTBC drama "Beautiful World" that were released on the 11th. Oh Man-seok portrays the inner emotions of Oh Jin-pyo who's lived his life on the top as if ruling everyone below him.

Oh Man-seok's body is headed up towards the stairs but his eyes are looking down, as if two show Oh Jin-pyo disregarding those who don't have money or power. The charisma from the eyes looks strong and he looks intelligent and sophisticated.

In the first and second episodes of the drama, Oh Man-seok made his wife Cho Yeo-jeong (Seo Eun-joo), his son Seo Dong-hyun (Oh Joon-suk) and the teachers at the school he owns suffer loss.

"Beautiful World" is a story about a boy on the brink of death due to school violence, and his family's efforts to discover the truth on behalf of their son. It explores the search of hope through the healing of one another's pain, even in a selfish world filled with lies, deceit, distrust, exposure and the disregard of others' suffering.

""Beautiful World" Oh Man-seok's Charismatic Pose"
by HanCinema is licensed under a Creative Commons Attribution-Share Alike 3.0 Unported License.
Based on a work from this source