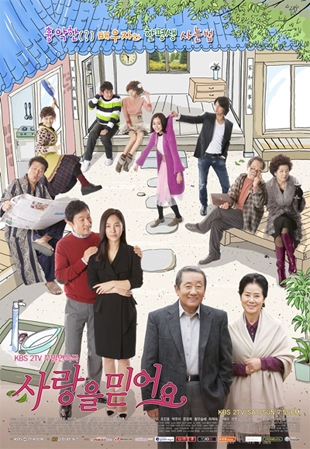 What dramas are currently hot and which are not?

Well, according to reports on the viewer's ratings on various Korean dramas currently airing released on the 23rd, KBS 2TV's weekend show "Believe in Love" had the highest figures.

Comparing the drama to some other contenders, MBC TV's "Twinkle Twinkle" received 19.5% of viewer's ratings while SBS TV's "My Love By My Side" saw 7.7%.