Best 5 Issues to Wrap up the Entertainment Industry in 2012 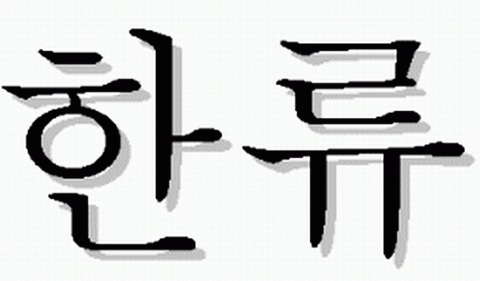 The weddings of the stars are in the spotlight every year and the press competition is extremely fierce. In 2012, Hyun Young, comedian Jung Joon-ha and many other celebrities tied the knot.

In particular, we could meet the top star guests at celebrity weddings, and they are always in the spotlight.

And on November 30th! Multi-entertainer Ha Ha and singer Byul tied the knot.

Ha Ha (Haha), Comedian
Honestly, it does not feel realistic.

"I want to be a wife who will be wise and
take good care of him".

Out of all the weddings which were in the spotlight, the one that stood out the most was that of Gianna Jun, who had over ten million viewers for her movie "The Thieves". Last April, Gianna Jun got married with an accomplished man who is working at an American bank. The couple was in the spotlight even before the marriage.

A lot of celebrities who were in the military were discharged this year. There's Park Hyo-shin, who is captivating everyone with his excellent singing skills

And amongst them, the discharge of Korean wave star Hyun Bin's discharge caused a huge sensation.

Hyun Bin looked handsome in a military uniform, and he greeted his fans with a formal bow.

"I report!
I, Sergeant Kim Tae-pyeong, am hereby discharged
as of December 6th. "

Hyun Bin couldn't hide the tears rolling down his cheeks, and thus, he turned around from his fans and couldn't say anything for a while.

Hyun Bin INT
"Many of you have been waiting for me to come back.
I'll make thorough preparations and return to acting.
I have collected the energy I gained while serving as a marine,
and I'll release the energy to all of you. "

The year 2012 saw many records in the film industry. There were two Korean movies which gathered approximately 12 million viewers.

Director Choi Dong-hoon's "The Thieves" had 12,980,000 viewers and became a hit Korean movie. It was followed by director Choo Chang-min's "Masquerade" which attracted over 12,240,000 viewers.

There were 9 movies which had over 4 million viewers, and this feat proved the revival of Korean films.

"Dancing Queen" released in January started the success craze, and was followed by 'Nameless Gangster', 'Everything about my Wife', 'Architecture 101', "Deranged", 'The Grand Heist' and others.

In the latter half of 2012, 'A Werewolf Boy' created a huge sensation and the existing edition and the extended version had over 7 million viewers.

Psy's chubby figure, comical expression caused the 'horse dance' craze all over the world., and set many records on and off line. In particular, the flash mobs held all over the world for 'Gangnam Style' became a huge issue!

'Gangnam Style' was released last July, and it dominated the Korean music markets. Follwing that feat, the music video, which was uploaded on YouTube, changed Psy into an internationally renowned artist. The records Psy set are the first for a Korean artist, and he showed the possibility that Korean artists are in the same rank as any other internationally famous pop stars.

K-pop, which has been around the borders of the international music market, has shaken things up in the paradigm of the current music industry, thanks to Psy.