Best-selling children's novel to be translated into English 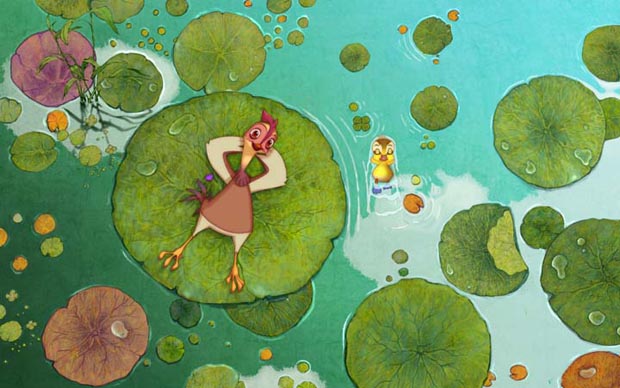 "Leafie, A Hen Into The Wild",a best-selling Korean children's novel by Hwang Sun-mi, will be translated into English and published in the United States by Penguin Classics, the author's management agency said Monday.

KL Management, which handles the copyright sales of the novel, said Penguin Classics decided on Thursday to publish the English version of the novel in the United States.

The novel has been sold in nine countries including France, Poland and Japan. The Polish version of the novel won a Polish literary honor early this year, according to the Korea Literature Translation Institute.

The book, about the adventures of a mother hen who tries to escape the coop with her duckling son, was named the "best book of spring 2012" by Granice.pl, a renowned literary organization in Poland.

The novel was first released in South Korea in 2000, and sold more than 1 million copies domestically. Its animated film adaptation, which was released last year, made box office history in South Korea by drawing over 2 million viewers, the largest audience for a home-grown animated film in Korea. (Yonhap)