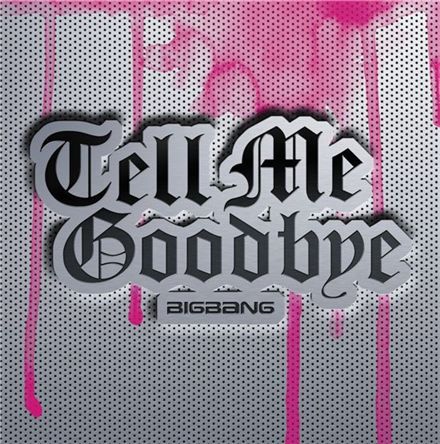 YG announced in a press release that their single "Tell Me Goodbye", featuring the combination of their signature vocals and rap with a calming piano melody, went on sale in Korea today.

"Goodbye" is currently used as the main theme song for blockbuster drama "IRIS" in Japan, which began its run in the country on April 20 on Japanese channel TBS.

Big Bang had also recorded "Hallelujah" for the series shown in Korea, a soundtrack used for the espionage series during the action sequences.

The five-member band made their debut in 2006 with their single "Bigbang" and are known as one of the biggest cultural icons in Korea. They have released numerous singles and albums featuring their biggest hits "Dirty Cash", With U", "Lies" and "Haru Haru".

The group officially began their singing career in Japan on June 2009 and have also gone on tour in the country titled "Electric Love Tour 2010" in February.

Big Bang will be returning to the local music scene during the latter half of this year, the first time in two years.

"Big Bang reveals 4th Japanese single"
by HanCinema is licensed under a Creative Commons Attribution-Share Alike 3.0 Unported License.
Based on a work from this source