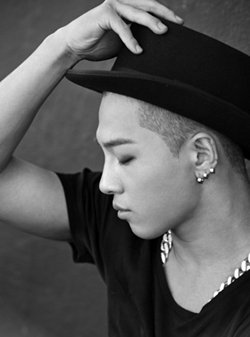 Taeyang, a member of the popular K-pop group Big Bang, recently released his second solo album "Rise", four years after the debut of his first album in 2010. The title song of the second album is a slow R&B-style song called "Eyes, Nose, Lips".

His new song feels quite different from his previous songs as he has taken the stage to softly sing without brilliant dance moves.

"In my previous album, I focused on music that I was sure I could do well. Fans loved it, but I felt too confined and wanted to try new things", said Taeyang.

He is the only Big Bang member who remains committed exclusively to his singing career, having declined to appear in entertainment shows or try his hand at acting.

"I'm quite shy", he said. "I spend most of my time in the music studio when I'm not out promoting my music, and if I get bored, I go to the movies or take a bike ride by the Han River. People might find my hobbies boring, but I find them fun".

"Big Bang's Taeyang Releases Second Solo Album"
by HanCinema is licensed under a Creative Commons Attribution-Share Alike 3.0 Unported License.
Based on a work from this source