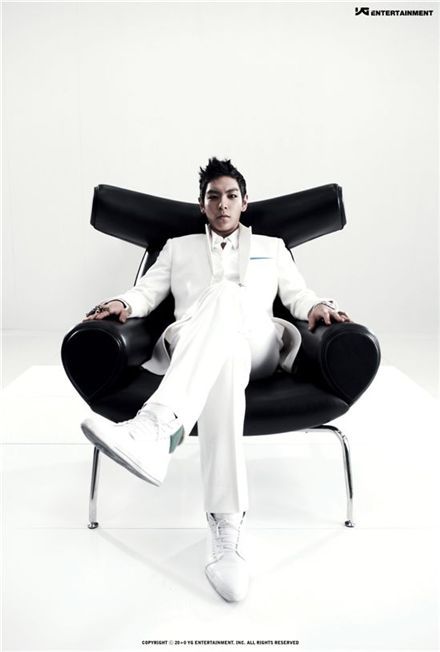 Big Bang member T.O.P(Choi Seung-hyun) unveiled his solo single and music video today, according to a press release from his agency YG Entertainment on Monday.

YG announced in a press release that T.O.P's latest solo single and full-length music video of "Turn it Up" has been revealed on online music sites.

The song features hip hop beats with a heavy bass background and witty rap lyrics by the singer.

"Turn it Up" will go on sale in stores on Wednesday and will also be featured as a track on Big Bang's special live concert album "2010 Big Show".

T.O.P., whose real name is Choi Seung-hyun, made his debut in 2007 as the rapper of the five-member boy band. They are considered to be a huge cultural icon for youngsters in Korea.

T.O.P. crossed over to acting with his appearances in the TV series "I Am Sam" and in the blockbuster smash hit "IRIS", where he played an assassin.

He is currently promoting upcoming war pic "71-Into the Fire", where he plays a student soldier which has accumulated over 1.1 million admissions since its release date last Wednesday.

"Big Bang T.O.P unveils solo single and music video today"
by HanCinema is licensed under a Creative Commons Attribution-Share Alike 3.0 Unported License.
Based on a work from this source