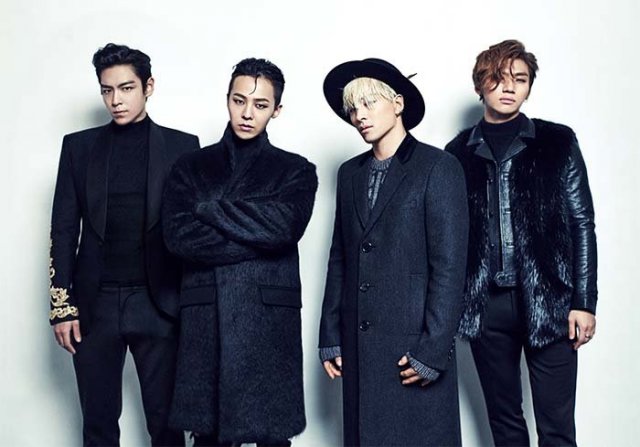 Boy band Big Bang are returning to the stage minus one member at the Coachella Valley Music and Arts Festival in Indio, California from April 10-19.

It will be the K-pop boy band's first performance after a long hiatus due to the military conscription of some members and police investigation of others.

The last time Big Bang performed on stage was in January 2017 at Gocheok Sky Dome in Seoul, while their last single was released in March 2018.

Seungri has left the group last year after he was embroiled in a scandal over sexual misconduct at a nightclub he owned, but he at any rate had the slimmest fanbase among the five.

Other members had their own crosses to bear.

T.O.P. (Choi Seung-hyun) was indicted for smoking marijuana while serving his military duty as an auxiliary police officer and was stripped of the post in June 2017, just some four months after his enlistment. He was transferred to a public service job and completed it in July last year.

Daesung was recently cleared of abetting the operation of an unauthorized adult entertainment establishment in a building he owns in the trendy Gangnam area of southern Seoul.

G-Dragon was accused of getting special treatment often during military service before being discharged last October. But his popularity was undimmed and he joined hands with Nike to release a new line of sneakers right after the discharge. The shoes, which cost W210,000 a pair, sold out, and their resale price soared to a whopping W13 million.

Taeyang is the only member not to be tainted by a major scandal and bolstered his squeaky-clean image by announcing a charity flea market later this month to help hearing-impaired children.

Coachella has drawn between 200,000 to 300,000 people a year since it was launched in 1999. The only other Korean artist that has been invited to perform this year is Epic High, who will be joining a lineup including Rage Against the Machine, Travis Scott and Frank Ocean.

One music industry insider said, "Fans overseas are quite forgiving when it comes to marijuana offenses, while Big Bang had more of a bad-boy image to begin with, so there won't be too many problems going ahead".

But some fear that the comeback may be happening too soon. Big Bang also faces contract renewal talks with YG Entertainment. A YG staffer said, "Nothing has been decided about performances beyond Coachella".

Pop critic Lee Dae-hwa said, "Big Bang may have chosen to appear overseas first since the environment is not yet ripe to perform in Korea".

"Big Bang to Stage Comeback at Coachella"
by HanCinema is licensed under a Creative Commons Attribution-Share Alike 3.0 Unported License.
Based on a work from this source