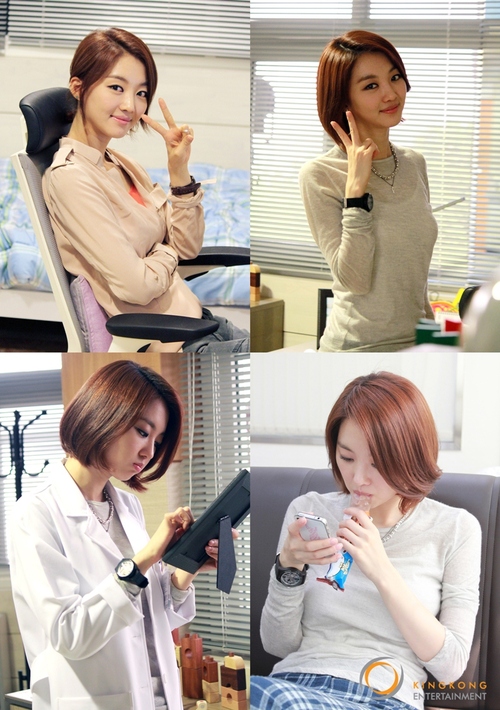 Taking on the role of a proud and chic character in the drama, Jang is actually cute and cheerful outside the camera.

Jang has taken on the bad role against Gil Da-ran (Lee Min-jung) for Seo Yoonjae (Gong Yoo) who was her past lover but can't get over him but she's popular for her sophisticated fashion and slim body line.

She is a tough and a merry person and gets along with the staff well. She is very unlike the character of Lee Seyeong she is playing and is the atmosphere maker of the whole set.

In the picture, Jang posed with 'V' for the camera or puffed up her cheeks. She is also sucking on a popsicle while in the waiting room and playing with her phone.

Netizen's say, "Jang Hee-jin is so cute", "She is a bad girl in the drama but she doesn't seem so in real life" and more.

Meanwhile, KBS 2TV "Big" is starting to unravel the secrets to Gong Yoo and Sin Won-hyo's soul change and is shown every Mondays and Tuesdays at 9:55PM.

""Big" Jang Hee-jin prettier outside the camera"
by HanCinema is licensed under a Creative Commons Attribution-Share Alike 3.0 Unported License.
Based on a work from this source