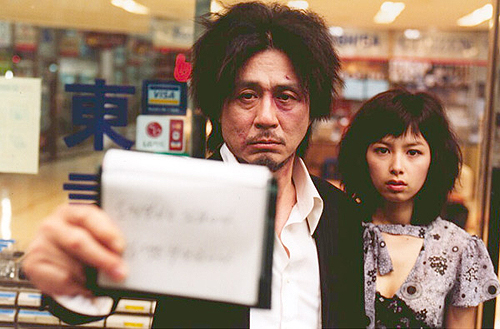 International distribution expert and analyst and former Screen International journalist Robert Mitchell looks at the gulf between artistic and business successes of Korean cinema in the UK.

Ask any cine-literate film-goer, critic, blogger or tweeter in the UK about Korean cinema and you'll be greeted with an enthusiastic response. They will talk of the Hallyu period of the past decade, a wealth of some of the most creative and interesting film-making in the world. They will speak with passion about Park Chan-wook, Kim Ki-duk and Bong Joon-ho.

International festivals like Cannes play a major role in building this awareness. "The route to the international market is through festivals", says Danny PERKINS, CEO of StudioCanal UK, which released Bong's "The Host" and Kim's "3-Iron" amongst other Korean titles. "If a director's film features in one of the bigger festivals it can put them and their work permanently on the map".

However this attention is not being reflected in box office and a broad UK audience has yet to embrace Korean cinema as a theatrical experience. The highest-grossing Korean film in the UK is Park's "Old Boy" with a total gross of just $569k. Less than 10 Korean films have earned more than $100k in the market and a look across the top ten Korean-language titles shows a dominance of four directors (Park, Kim Ki-duk, Bong and Kim Jee-woon), accounting for nine titles.

What's more, the popularity amongst UK cinema-goers that have sought them out appears to have shrunk. In 2004, the year of the top two earning titles "Old Boy" and Kim Ki-duk's "Spring, Summer, Fall, Winter... And Spring", eight Korean titles were released in the UK (including Bong's "Memories of Murder" and Kim Jee-woon's "A Tale of Two Sisters"). The following year saw another eight, but in the six years since releases have leveled out at just three per year.

One reason for this could be the loss of Tartan Films. Hamish MCALPINE's company was considered the UK's most influential independent film distributor. Tartan released five of the all-time top ten earning Korean-language titles in the UK, including the top three. They released four of the five Korean titles released in 2003 and seven out of eight in the key 2004 year. The company was forced to close its doors in summer 2008, a huge blow for Asian cinema of which the company had long been the UK's leading advocate. And yet the market was already shrinking with the poor performances of titles including Park's "I'm a Cyborg, But That's OK" highlighted as reasons the distributor met its fate.

Alex AGRAN, director of Arrow Films which released Lee Chang-dong's "Poetry" in July this year, highlights that attention for the big-name directors can still open doors for other smaller films to come through. But film bookers at independent cinemas have to be convinced and the name directors continue to be favored. "For an art-house release the director is a big factor and for a Park Chan-wook [film] it is an easier sell".

"Habits take a while to change and even within the art-house set there seems to be a mental geographical hurdle that we cannot overcome", admits Joey LEUNG, founder and managing director of Terracotta Distribution and the Terracotta Far East Film Festival (now heading into its fourth year). "European-language art-house fare is prevalent. To bring people out of their comfort zone to try something new we need entry points for people".

Major UK metropolitan centers have a vibrant cosmopolitan film culture and film festivals flourish throughout the country from majors such as the Edinburgh International Film Festival (the world's longest continually-running film festival, established in 1947) through to smaller showcases for the cinema of a single country. November alone this year saw London host festivals showcasing the cinema of the Czech Republic, France, Israel, Japan, Portugal, Romania, Russia, Turkey and, yes, Korea.

All regularly feature talent Q&As and masterclasses, while the LKFF kicked off Nov. 3 with a special concert from K-Pop group SHINee, who also recorded a special promotional piece for the festival. The LKFF also takes a more limited program to three other UK cities: Sheffield, Cambridge and Newcastle.

While all these festivals saw sell-out performances attracting a diverse audience, attendees would note that a key, arguably primary, audience remains the local Korean community and the usual suspects of film students and critics. Are they preaching to the converted? The enthusiasm with which these audiences embrace the films has yet to translate to the wider box office success often afforded Hong Kong or Japanese cinema.

"There is an identity there", argues Leung of western audiences' regular exposure to Japanese cinema since Kurosawa, and Hong Kong through the films of the Shaw Brothers, Bruce LEE, Jackie Chan, etc. "It takes time for the current film students to go through the system, being exposed to Korean film enough to then gather their friends to watch it and build some critical mass".

To continue to build awareness the market needs accessible titles and critical acclaim to garner press support. However the genre titles that play best with audiences can ironically be a harder sell to festivals and art-houses. "The attraction of these films can be less obvious to the foreign-language art-house audience", says Perkins. ""The Host" for example was unashamedly mainstream. They might not connect with established audiences at sites which regularly play art-house releases, which tend to be the more slow-burning auteur pieces".

On the flip side multiplex bookers tend to see foreign language films primarily as the domain of the art-house sector regardless of mainstream genre assets.

An additional problem is ironically success itself. If a certain style of genre filmmaking becomes prevalent such as Park and Bong's films then audiences build expectations of what a Korean film will offer. "Korean films have an identity in the UK of being dark and violent", says Leung. "Once that image has set in then it's hard to shake".

Leung also worries that some distributors falsely feed into those expectations with misleading artwork. "This may lead to short-term financial success but those who bought on the expectation of the artwork will then be put off Asian cinema if there is a mismatch [to the] film".

However Perkins believes cinema box office is not necessarily vital. "When we look at foreign language films we look primarily at if they'll work on DVD. We can find an audience on DVD which justifies picking up the film".

He also believes greater accessibility offered by streaming services such as Netflix, which will launch its service in the UK in early 2012, provides "a big opportunity to cultivate a bigger audience for foreign language films in the UK".

Some independent distributors have experimented with simultaneous premium video-on-demand alongside theatrical release as well as short-life theatrical releases which see home entertainment versions released mere days after a theatrical run. Leung is skeptical. "It crowds the release schedule and thins out the audience. We are finding it tougher now than when we released "Hansel and Gretel" and "Breathless" on 35mm across the UK".

Korean cinema may be recognized as vibrant amongst certain sectors of the UK cinema audience and thanks to festivals both large and small that specific audience is getting access to a variety that will continue to fuel their enthusiasm, but for the present a broader UK audience has yet to embrace it. A brief period in the mid-2000s provided a spark but the flame didn't catch and so Korean film may have to wait for today's film students to become tomorrow's film influencers allowing Korean cinema to establish a more permanent identity in the UK.