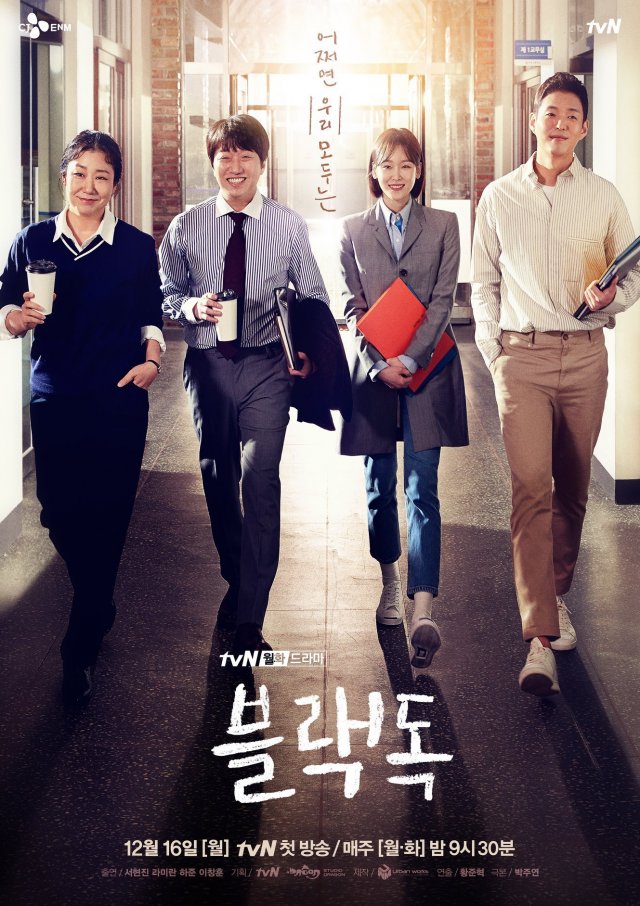 "Black Dog" has earned the characterization 'relatable drama' for its realistic story. The things that occur to a first-time teacher in society came back to us as our stories, and the realistic stories were touching and comforting.

"Black Dog" ended on the 4th with sixteen episodes. Although Go Ha-neul, played by Seo Hyun-jin, had become a true educator by the end, the process was quite realistic. When she went to interview for a short-term position, the issue of being 'hired through connections' came to light. Seo Hyun-jin was branded as one of those hired through nepotism and she had her conflicts in the beginning. In addition, another one of these issues, which suddenly popped up in the process of selecting a formal teacher from among the short-term teachers, caused bitterness.

However, these issues are currently happening around us. It's in the present continuous. Someone named 'A' for anonymity, who recently participated in an interview at a local private high school, said, "We selected a one-year term teacher. The interviewees passed their career papers, but there was something strange", she continued. "A specific name was posted on the school's website as a teacher in charge of a subject before the interview, but that person appeared at the interview. The interviewee seemed to know all the interview questions already", she said. "The story I saw in the drama was real".

The reality in the drama was made possible because of writer Park Joo-yun's experience as a teacher for about three years. It was so real and relatable. Actor Yoo Min-kyu (Ji Hae-won), who starred in the drama, said that he hoped the drama would be remembered as the most memorable drama portraying reality, saying, "I actually met with and heard about short-term teachers before the work, but the reality is worse than the play".

""Black Dog", "An Occurring Social Problem, Worse in Reality""
by HanCinema is licensed under a Creative Commons Attribution-Share Alike 3.0 Unported License.
Based on a work from this source