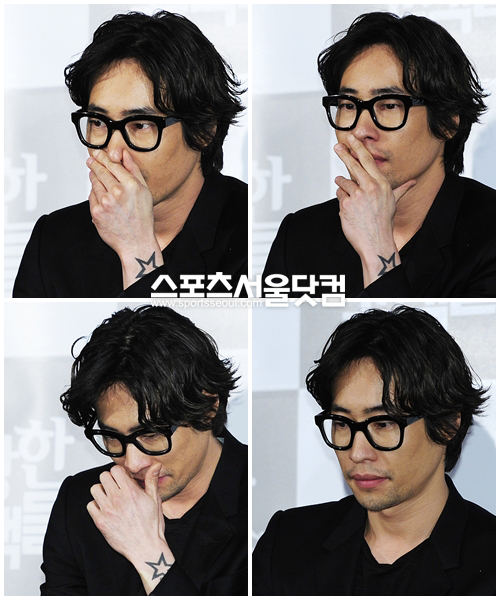 This is what actor Ryoo Seung-bum (31) said after the movie preview.

Ryoo Seung-bum insincerely answered the questions being asked to him at the movie premier about his movie "Suicide Forecast" in Seoul on the 31st.

This was the attitude of the lead actor in the movie, so his unfriendliness was disappointing. His change to comic act and not his tough guy act was the interest of many. However, his answers were short. When he was asked, "Isn't comic acting pressuring?" he simply answered, "I'm embarrassed".

When he was asked to pick the most impressive scene he avoided answering the actual question saying, "Actually I watched the completed movie today for the first time so I'm blank. I only remember it being cold. Next time I'll answer with more thought".

Saying things like "Next time" and "I'm blank" to the guests he invited to his party was very disappointing.

""Blank" why Ryoo Seung-bum's unfriendliness is disappointing?"
by HanCinema is licensed under a Creative Commons Attribution-Share Alike 3.0 Unported License.
Based on a work from this source