"Blood" Ahn Jae-hyun to do his best 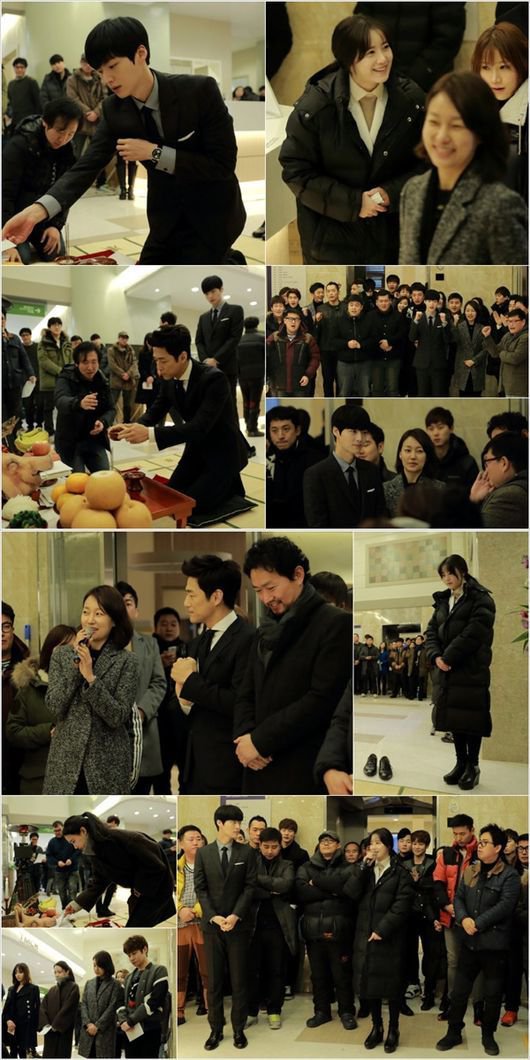 The ritual to start off the new KBS 2TV drama "Blood" was successfully held.

After bidding the drama success and health, producer Ki Min-soo paid his respects and made a speech saying, "It is tough to deal with all the action and medical things in this cold weather and I know it won't be easy. It's difficult even for me but let's hope we get through this successfully".

The cast, the crew and staff also paid their respects and bid for the success of their drama.

Ahn Jae-hyun who plays Park Ji-sang, the sexy vampire doctor said, "Thank you for having me here. I am going to do my best". Ji Jin-hee in the role of the director of the Taemin Cancer Center said, "I have a good feeling about this drama". Ku Hye-sun in the role of Yurita said, "I hope everyone is safe and sound until the end of the drama".

The cast didn't leave the ritual set until everything was over and chatted among themselves, showing teamwork. Lastly, the whole team got together to shout words of energy and success and ended the ritual.

IOK Media said, "Everyone is excited about "Blood". We hope to create something that meets everyone's expectations and hope for a wave of "Blood" once it starts airing".

Meanwhile, "Blood" is a medical drama about a vampire doctor who struggles for the honor and justice of his patients. The drama is produced by Ki Min-soo and written by Park Jae-beom-I. The first episode is on air on the 16th of February.

""Blood" Ahn Jae-hyun to do his best"
by HanCinema is licensed under a Creative Commons Attribution-Share Alike 3.0 Unported License.
Based on a work from this source