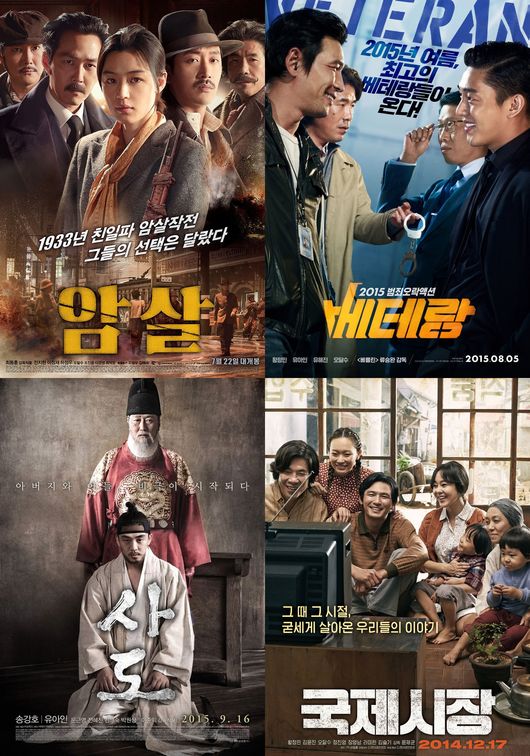 This event has been organized for movie fans to enjoy the nominated films for free prior to the main award ceremony. This is a special opportunity for the public to be able to enjoy the best Korean films in 2015 at one spot.

The 21 films nominated for the 36th Blue Dragon Film Awards will be played during the screening event.

The brilliant films in 2015 Korean movie industry include "The Assassination", the most nominated film this year, which has been nominated for 11 awards, "Veteran", "The Throne", and "Ode to My Father" in a nip and tuck competition, and also 'Gangnam Blues, "The Treacherous", "Set Me Free", "The Silenced", "The Classified File", "Madonna", "The Shameless", "Beauty Inside", 'Alice In Earnestland', "Socialphobia", 'Minority Opinion', "Twenty", 'Chronicles of Evil', "The Office", "Right Now, Wrong Then", "Coin Locker Girl", and "Cart".

Anyone who loves Korean Movies can print out the ticket from the home page of Blue Dragon Film Awards and can enter the Hall Two of CGV Yeouido after having the ticket checked at the reception desk. The admission is allowed on first come first served basis. There is no limit to the number of admissions per person. The details on the screening schedule and how to participate in the event can be found on their website.

The 36the Blue Dragon Film Awards will be held on November 26th in Kyunghee peace hall in Kyung Hee University. The entire award ceremony will be broadcast live starting at 8:45 PM on SBS.

"Blue Dragon Film Awards to hold free screening event of 21 nominated films until Nov. 20th including 'The Assassination'"
by HanCinema is licensed under a Creative Commons Attribution-Share Alike 3.0 Unported License.
Based on a work from this source