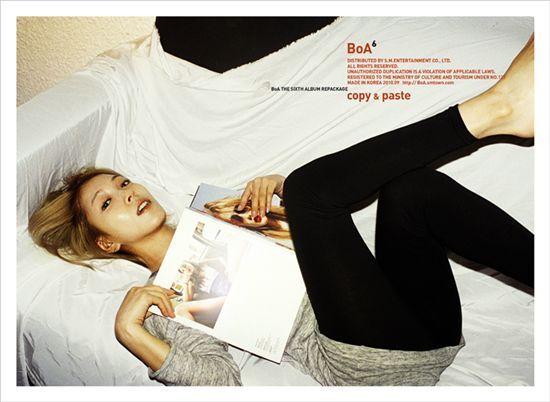 SM announced through a press release that they have launched the application for BoA's album in free (light) and paid (pro) version in collabration with music service provider Neowiz Internet, making her the fifth SM artist to have a smart phone application for a record.

The pro version, which costs 7.99 dollars, features full-length tracks from "Copy&Paste", music videos as well as behind-the-scenes footage, photo gallery and a clock, while the light edition includes a 30-second preview of the songs and teaser videos.

"Copy&Paste" features a total of 13 songs with 11 of the tracks from the six full-length album "Hurricane Venus" and two new tunes including "Copy&Paste" and ballad "I'm Okay", which was written by singer Wheesung.

"BoA's 6th repackaged album released as smart phone app"
by HanCinema is licensed under a Creative Commons Attribution-Share Alike 3.0 Unported License.
Based on a work from this source