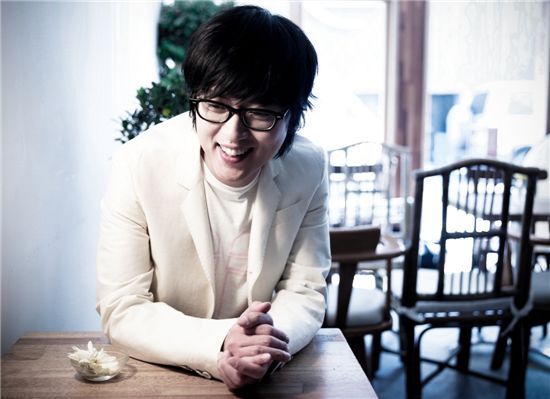 Korean singer and songwriter Kim Dong-ryul, who recently worked with BoA on her latest album "Hurricane Venus", has said that BoA's vocal skills are "right on", according to a press release by his agency Music Farm on Tuesday.

Kim, who is notorious for not giving his compositions to other artists, explained that he accepted agency SM Entertainment's offer to pen a song for BoA because he thought it would be "interesting" to work with her.

He not only wrote and arranged the track "The Person Next To Me" but also directed the recording session for BoA, whom he described as "a very easygoing person despite being an international star".

"During the recording session, she was right on when singing the song", Kim was quoted as saying. "I almost never had to say that we should re-do it because she was wrong on the pitch or the beat".

He added that the atmosphere in the recording studio was always warm because BoA was very fond of the track "The Person Next To Me".

Kim, 36, debuted in 1993 as a member of Korean pop duo Exhibition who are known for their powerful ballads such as "An Essay of Memory" and "The Truth In Wine". The duo disbanded in 1997 after releasing their third album "Graduation".

He then formed a project group called "Carnival" with Korean singer Yi Jeok from another pop duo Panic, releasing an eponymous album in 1997.

Kim has also released five solo albums to date, most recently "Monologue" in 2008.

His latest musical collaboration is "Verandah Project" with Lee Sang-soon, the guitarist of popular band Roller Coaster. Their first album "Day Off" topped music charts upon its release on May 18.

The new group will be holding a concert titled "Kim Dong-ryul Lee Sang-soon 2010 Verandah Project Concert 'Day Off'" at Seoul's Yonsei University on August 21 and 22.

"BoA's vocal chops are "right on", says Kim Dong-ryul"
by HanCinema is licensed under a Creative Commons Attribution-Share Alike 3.0 Unported License.
Based on a work from this source