BoA to Star in Remake of Japanese Soap 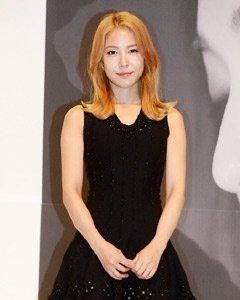 Singer BoA will appear in the TV series "My Wife Is Having an Affair" scheduled to go on air in October.

This is her second work for the small screen after a short drama in September 2013.

The new drama is a remake of a 2007 Japanese soap.

It revolves around a man who finds his wife is having an affair and tries to protect his marriage by consulting with anonymous people on social media.

"BoA to Star in Remake of Japanese Soap"
by HanCinema is licensed under a Creative Commons Attribution-Share Alike 3.0 Unported License.
Based on a work from this source