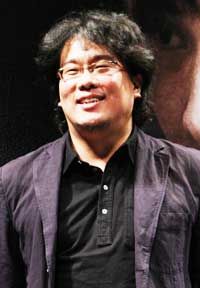 The acclaimed director ("Mother - 2009", "The Host") will be one of five judges for the annual festival, which runs from Jan. 20 to 30 in Park City. The other judges have not yet been announced.

They will select 30 award winners from 58 films in four competitive sections, including the Grand Jury Prize. This year's festival will screen 118 invited films in total, of which 92 are world premieres and 40 by first-time directors.

The festival was established in 1978 by famed actor Robert Redford and grew to be the largest independent cinema festival in the United States. Last year's Grand Jury Prize winner in drama went to "Winter's Bone".

Sundance saw the debuts of Steven Soderbergh ("Sex, Lies, and Videotape") and Quentin Tarantino ("Reservoir Dogs"), while turning the spotlight on such names as Jim Jarmusch, Robert Rodriguez and Darren Aronosfky.

"Bong Joon-ho joins Sundance jury"
by HanCinema is licensed under a Creative Commons Attribution-Share Alike 3.0 Unported License.
Based on a work from this source