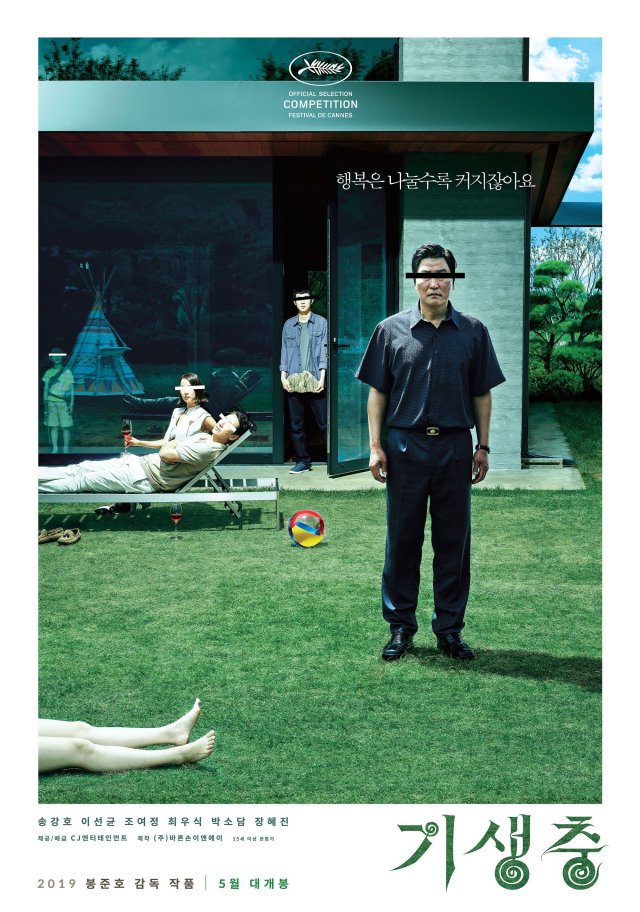 Bong Joon-ho's latest film "Parasite" has been invited to compete along with 19 other films at this year's Cannes Film Festival next month.

"Parasite" revolves around an encounter between two families from completely different backgrounds -- one working class and the other upper class – when a son from the former seeks a tutoring job with the latter.

Another Korean film directed by Lee Won-tae was invited to the Midnight Screenings, a non-competition section. The thriller, "The Gangster, The Cop, The Devil", is about a gang boss and a detective chasing a serial killer.

American zombie comedy "The Dead Don't Die" directed by Jim Jarmusch will open the festival, which runs from May 14 to 26.

"Bong Joon-ho's Latest Film Invited to Compete at Cannes"
by HanCinema is licensed under a Creative Commons Attribution-Share Alike 3.0 Unported License.
Based on a work from this source