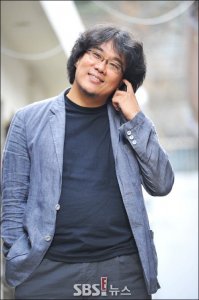 Bong Joong-ho's hugely successful "Mother - 2009" has just had its North American rights secured by Magnolia Pictures. The company which previously had success with "The Host" (2006) seems to be specializing in director Bong's films also acquiring the rights at the same time to his first feature "Barking Dog Never Bites" (2000). "Mother - 2009" was released at Cannes earlier this year to critical acclaim, topped the box office at home and has played at a number of international festivals.

Stalwart TV drama actor Kim Hye-ja plays a mother who gets embroiled in complication when her special-needs son, played by Won Bin, is accused of murder. Despite all evidence pointing his way and the angry eyes of the small community, she sets about proving his innocence.

"Mother - 2009" is continuing its run of success playing as part of the official selection at the Toronto International Film Festival and the New York Film Festival. It has also been selected by the Korea Film Council as the Korean entry for this year's Academy Award for Best Foreign Language Film. Magnolia Pictures will release the film early next year.

"Bong Joong-ho Scores Double Release in the U.S."
by HanCinema is licensed under a Creative Commons Attribution-Share Alike 3.0 Unported License.
Based on a work from this source