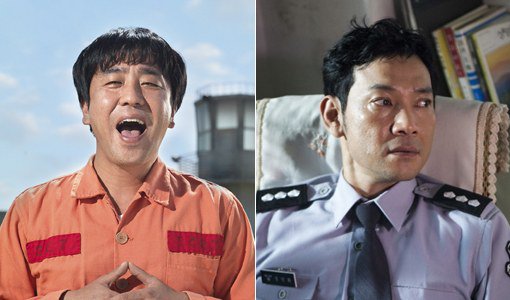 The bonus amount that an actor earns for a successful box office hit is more than a billion won.

The benefit of a booming movie market for three years in a row is going to the actors. It is the result of the contribution and role of an actor that decides the success of the movie but some days it's too much.

Ryu Seung-ryong's "Miracle in Cell No.7" earned him 300 million won in guarantee and 1.6 billion won in running bonuses. The movie that was released in 2013 cost 3.5 billion won but recorded a profit of 9.4 billion with 12 million viewers.

Ryu Seung-ryong and Jung Jin-young the actors, and the director Lee Hwan-kyeong had agreed to lower guarantees at first considering the size of the movie. Instead, they signed contracts to running bonuses which resulted in 520 million won for Jung Jin-young and 1.8 billion for the director.

A guarantee means the actors' basic pay and running guarantee means a bonus. The bonus is the profit divided by an equal percentage. Like "Miracle in Cell No.7", running bonuses have been decreasing slightly but on the other hand, the possession of share of the profits alone is becoming a trend.

As much as the running bonus is an 'option', it doesn't apply to everyone. It turned out that Kim Jung-tae and Park Shin-hye who left deep impression in the movie weren't applied to this. They hadn't signed a contract for bonus but it seemed like the system was prejudice.

Movie sources say they explain the system by 'contribution' and 'popularity'. A movie's fate is decided on who stars in it. It's hard to find someone with strong ticket power no matter how many movies they've made. They take these facts into consideration when they sign them on for a bonus contract.

There are movies like "The Admiral: Roaring Currents" which gathered a total of more than 17.6 million people and gave out bonuses to everyone including the cast and the supporting cast but this is exceptional. It's common for the guarantee of the cast to take up most of the production cost. Bonuses are creating a rich-get-richer and the poor-get-poorer cycle.

There's a certain movie that is to be released at the latter half of the year and 5% of its profits is made up of 3 of the main cast. This doesn't deduct the production cost but it is the overall profit of the movie and there is a possibility this might become a matter of issue.

A movie source claims, "This could disturb the entire system. If power is concentrated on one actor, then originality will be reduced and the production environment itself is going to get complicated.

"Bonuses paid for movie success VS production cost shackles"
by HanCinema is licensed under a Creative Commons Attribution-Share Alike 3.0 Unported License.
Based on a work from this source