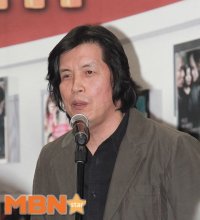 Among Korean directors, Lee Chang-dong has maintained an integrity and a seriousness few aspire to. While having completed only four films in ten years, he is perhaps Korea's most consistent and valuable director, continually taking risks and challenging his audiences. In step with the release of his latest film "Secret Sunshine", a 2007 Cannes competitor that brought home a Best Actress Award for Jeon Do-yeon, KOFIC/ Seoul Selection have published a welcome addition to the Korean Film Directors series. Lee Chang-dong is one of three retail volumes published this year. The other two in the series are on Im Kwon-taek and Kim Ki-young.

The present volume provides an overview of LEE's work, a biography, a compilation of several interviews, and synopses and analyses of his first three films. For anyone approaching LEE's films for the first time, this book offers valuable context and historical grounding for each of the director's features. It is clear that the book's author, noted film critic KIM Young-jin, is a devoted fan of Lee Chang-dong, offering insightful, often anecdotal details about the working habits of the director.

Writer KIM positions LEE as uniquely among the first, second and third generation of Korean New Wave directors, yet already forging ahead of them. LEE began late in film, starting his career when he was nearly 40, by working as a screenwriter and assistant director to Park Kwang-su. Abandoning his job as a successful novelist, LEE's formative years in filmmaking were spent under the influence of experimental and daring directors like PARK and Jang Sun-woo.

LEE made his directing debut in 1996 around the same time as the second generation of New Wave auteurs Hong Sang-soo and Kim Ki-duk. While the careers of first generation directors PARK and JANG were dwindling, LEE, like HONG and KIM stirred and shocked audiences with a probing style that dealt uncompromisingly with the fissures and textures of a shifting social reality in Korea. LEE's debut "Green Fish", like HONG's "The Day a Pig Fell Into the Well" and KIM's "Crocodile", moves between haves and have-nots social classes, exploring ironies and inequalities.

However, unlike HONG and KIM, whose films appealed to a niche-audience of art-house fans, LEE drew the attention of wider audiences, and by the time of his third film Oasis, he had achieved box office success that put him in the ranks of the third generation of New Wave directors, Park Chan-wook, Bong Joon-ho, Kim Jee-woon, and Ryoo Seung-wan. These directors showed a predilection for genre and appealed to larger audiences while often fusing and subverting the genres they worked with. LEE's films, however, distinguished themselves from both the new pack of auteurs and second generation directors HONG and KIM, by persisting in his own independent vision, yet making a strong impact on mainstream audiences.

LEE's universal breakthrough with critics and audiences was his sophomore feature "Peppermint Candy" (1999), which follows its protagonist KIM Young-ho backwards though 20 years of Korean history condensed into the experience of one man. As LEE says in an interview, "modern Korean history is a tragic space for an individual". LEE tightly structures his film so that each episode bears upon and reveals the causes of the preceding one. The film moves backwards in time from a suicidal picnic where Young-ho screams "I want to go back!" while facing an oncoming train head-on. Each episode in the film reveals more of Young-ho at different stages in his life, presenting him as both victim and violator. The film arrives at an idyllic ending where a 20-year-old Young-ho meets his first love at a picnic. The scene is made more poignantly sad since we have already witnessed the spiralling loss of innocence to come for him.

Critic KIM does an admirable job discussing the structures and techniques of LEE's filmmaking process, including telling quotes and recountings from actors who worked with him. Director Ryoo Seung-wan, who had a small role in LEE's "Oasis" remarked how impressed he was that LEE never gave in to his actors, but always challenged them and "maintained a tension". KIM compared LEE to Japanese director TAKESHI Kitano, whom LEE also admires. KIM also recounts his visit to LEE when LEE had taken a hiatus from filmmaking to fill an official appointment as Minister of Culture and Tourism.

While KIM had not yet been able to see LEE's latest film, "Secret Sunshine", when the book was being prepared, he was able to ask the director a few insightful questions on the making of the film. Because this book needed to be published at the same time as the premiere of LEE's new film at Cannes, author KIM was not able to include an analysis of the new film since it had not been released at the time. Overall however, it allows the reader an informed and enjoyable journey into the world of Lee Chang-dong's films. If you haven't seen any of his films, you will want to, and if you have, you will want to see them again.

"Book Review : The LEE Chang-dong Edition"
by HanCinema is licensed under a Creative Commons Attribution-Share Alike 3.0 Unported License.
Based on a work from this source