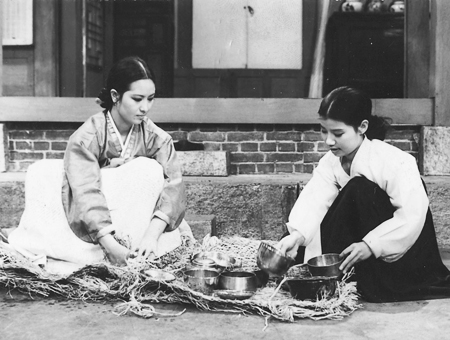 As a major component of the "hallyu" or the Korean wave, Korean television dramas are no longer just popular here, as they continue to be aired across Asia and some countries in Latin America.

What foreign viewers may not know is that Koreans have had a special relationship with TV dramas during the last 60 years or so.
Sometimes, the whole nation collectively gets hooked on certain shows, giving such works the nickname "people's drama". 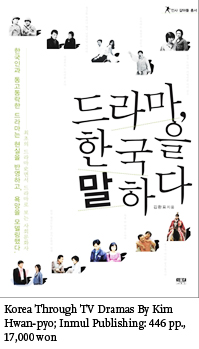 Renowned TV writer Kim Su-hyun has been the creator of a number of such works, including the 1987 "Love and Ambition". This popular soap opera recorded a 78 percent viewers' rating. At the time, streets became quiet at around the airing time of the drama as "practically everyone in the country" was at home in front of the TV. (The "The Sun and the Moon" is the latest popular one, having soared above 30 percent just after several episodes.)

What is the reason behind Koreans' unique fascination with TV dramas?

Kim Hwan-pyo, the author of "Korea Through TV Drama", attempts to answer this question in his new book. 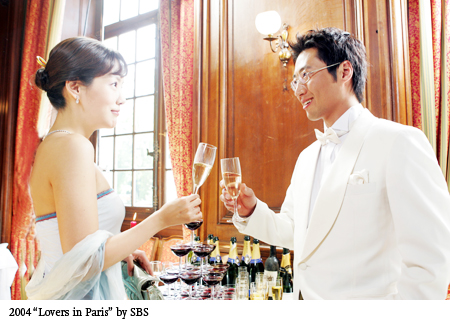 The author takes the reader thorough the history of Korean TV dramas since the 1950s.

What is interesting is that Korea started to produce dramas as far back as the Japanese colonial period (1910-1945). Back then, they were broadcast on radio.

The book contains newspaper articles, interviews with relevant experts past and present, and also a history of the nation's major broadcasters' journey with TV dramas.

TV dramas closely reflect the times they are created and aired. 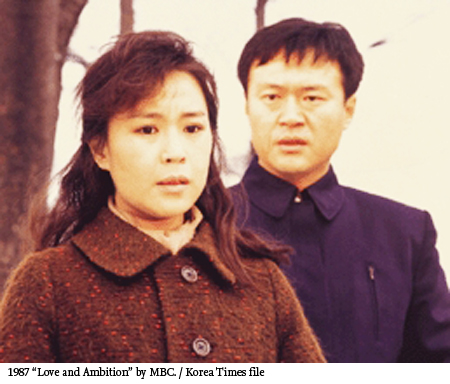 For example, the 1954 drama "Cheongsilhongsil" is the story of a woman widowed during the Korean War (1950-1953). It was popular because people could find consolation from a storyline they could easily relate to.

"This was time when many Koreans were sad and wanted to cry. The drama provided people a chance to cry and laugh, while giving viewers a glimpse of dreams and romance that could not be found in reality at the time", Kim said.

During the authoritarian regime, some TV dramas were used as propaganda channels.

What is interesting is that Kim relates Korea's fervor for TV dramas with the high level of stress that Koreans face in everyday life. Kim defines TV dramas as "Koreans' major source of stress relief".

These dramas cover various themes and time periods, and the most popular have often been those related to human relationships or adultery.

Many TV dramas aired in the morning have their main characters involving themselves in improper relationships. They are particularly popular among housewives.

"Housewives form the main audience of TV dramas. This is because housewives tend to face more stress than others in everyday life. And because many of them do not have an outlet to relieve their stress, they tend to turn to TV entertainment, particularly soap operas", Kim wrote.

Kim, a Ph.D. candidate at Chonbuk National University in North Jeolla Province, recently completed a thesis on the Korea's TV dramas. This book is an extended version of the thesis, which was supervised by Kang Jun-man, a renowned professor of broadcasting and communications at the university.

"Korea has produced so many TV dramas, but a book on the history of TV dramas has yet to be published. This book shows how TV dramas are related to the politics and economics of the times. Also, readers will be introduced to how TV dramas are made", Kang explains in the introduction to the book.