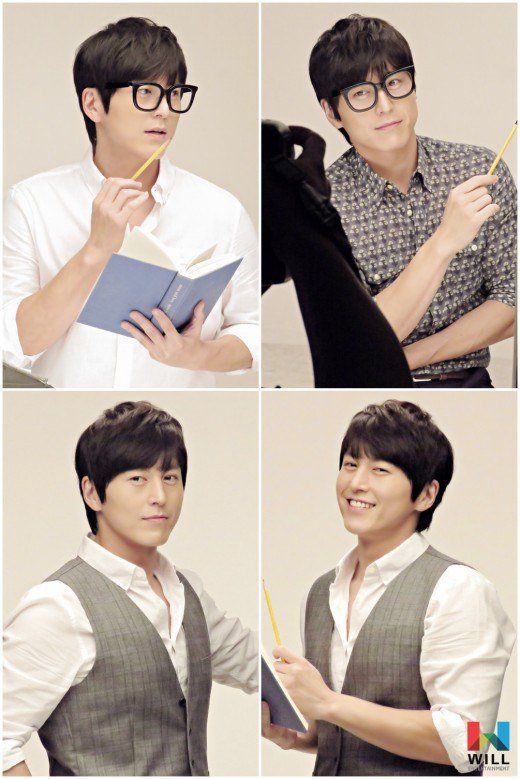 Ryu Soo-young became a 'mystical professor' in "The Eccentric Daughter-in-Law".

"The Eccentric Daughter-in-Law" is about an idol named In-yeong (Dasoom) who dreams of a comeback, joining a "Daughter-in-Law" program and competes with her false mother-in-law Yang Choon-ja (Go Doo-shim). Despite Ryu Soo-young's good looks and specialty in mathematics, he's been single since he was born because he's the eldest grandchild of the family.

The poster of the drama was released through Will Entertainment's Facebook and it features many sides of Ryu Soo-young.

Ryoo is wearing a big pair of dark rimmed glasses and is holding pens and papers. He looks smart, intelligent and charismatic at the same time.

Ryu Soo-young is expected to bring life to the drama with his experience from various other dramas.

"The Eccentric Daughter-in-Law" is coming this 17th at 10PM.

"Born single Ryu Soo-young, "The Eccentric Daughter-in-Law""
by HanCinema is licensed under a Creative Commons Attribution-Share Alike 3.0 Unported License.
Based on a work from this source