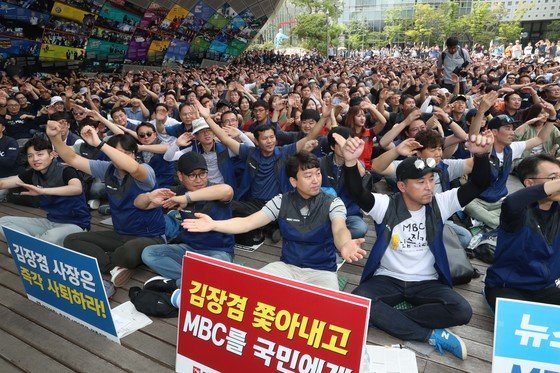 The filming of the MBC drama "Boy and Girl From the 20th Century" and TV show "Idol Track Race" has been put on hold because of the MBC strike. The MBC labor union went on strike for the retirement of management and the normalization of public television.

"Idol Track Race" is a special show that was planned for broadcast during the Chuseok Holidays. "Boy and Girl From the 20th Century" was put on hold because director Lee Dong-yoon and the rest of the team are on strike.

""Boy and Girl From the 20th Century" put on hold due to MBC strike"
by HanCinema is licensed under a Creative Commons Attribution-Share Alike 3.0 Unported License.
Based on a work from this source