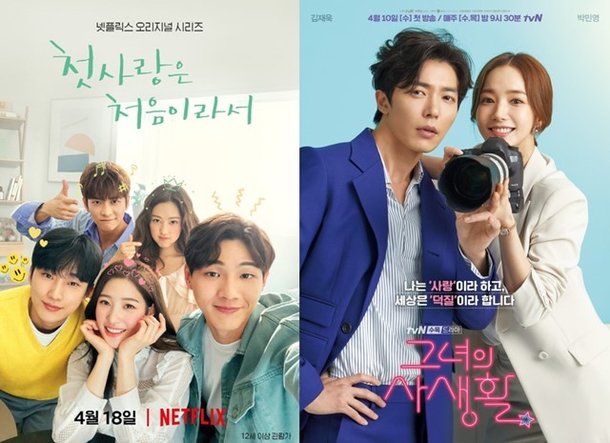 The secondary characters in romantic comedies these days are not what they used to be.

The typical spread out of the main characters of the story is no more, as the first episodes clearly show. The secondary male characters are becoming three-dimensional as they cause the leading lady, as well as the viewers, to be confused between two appealing men. They no longer play the supportive roles that determine the girls' love for the main characters, but portray real love and bring more fun to the dramas.

The 'just guy friends' characters who play with viewers' hearts have been standing out in recent dramas.

The Netflix original drama "My First First Love" is one good example. This drama is about romance between those who can't tell the difference between love and friendship. The leading lady, Jung Chae-yeon plays Song-yi who has a guy friend called Tae-ho and a 'something guy' named Do-hyeon, and she's confused between them.

Tae-oh (Ji Soo) is Song-yi's friend of 20 years who knows everything about her. Song-yi is kicked out of the house full of her father's memories and starts living with Tae-oh, but meets Do-hyeon (Jin Young) there, and starts to feel love.

Song-yi and Do-hyeon get closer and grow fonder of each other, but Tae-oh feels jealous because he can't. He ends up joining their trip and finds himself very aware of the two of them.

Tae-oh indirectly takes care of Song-yi and tries to get in between them. Do-hyeon has a soft and gentle image, but when it comes to love he's very straightforward. Song-yi feels differently for Do-hyeon, but she is also aware of Tae-oh.

In the drama "Her Private Life", the second male character is also the leading lady's 'guy friend'.

The tvN drama "Her Private Life" is a romantic drama about Seong Deok-mi (Park Min-young), a perfect curator but also idol fanatic, and her superior, Ryan (Kim Jae-wook).

Ahn Bo-hyun plays Nam Eun-gi, a childhood friend who grew up with Seong Deok-mi since they were in the infirmary. Six episodes into the drama, Nam Eun-gi protects Seong Deok-mi, who got caught up in a scandal with Cha Si-an (One) and is being attacked by his fans. He doesn't understand how she can understand and forgive the fans, but he still stands by her and makes sure she doesn't get hurt.

Nam Eun-gi is different from Ryan and has always been by Seong Deok-mi's side for the last 20 years, quietly watching over her, which makes viewers swoon and become fixated with him. 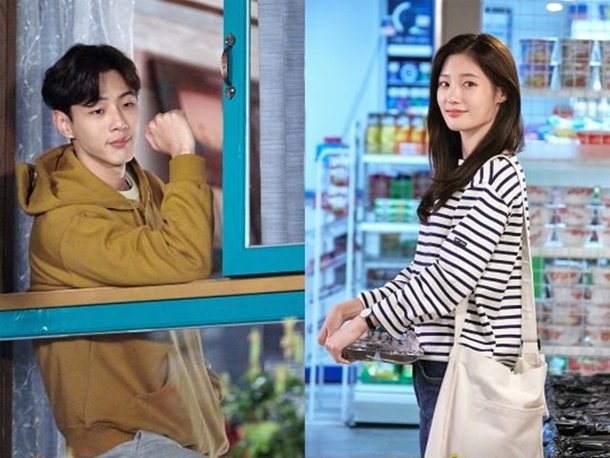 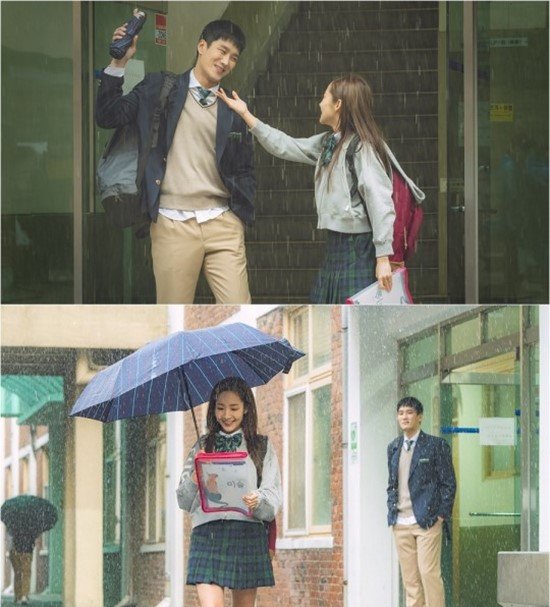 "Boyfriend or Boy-Friend? Today's Rom-Coms Make Choosing Harder"
by HanCinema is licensed under a Creative Commons Attribution-Share Alike 3.0 Unported License.
Based on a work from this source