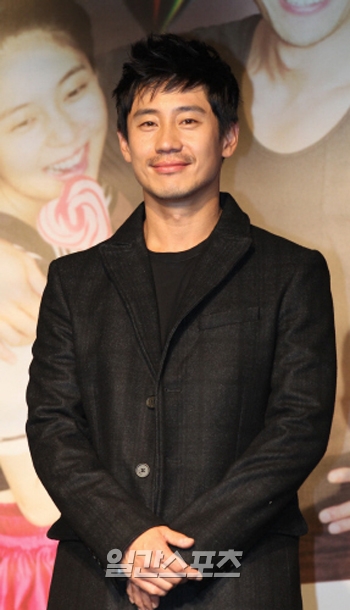 Shin Ha-kyun is living a second wave of stardom with the drama "Brain", his first TV acting job in eight years.

While SBS's "A Thousand Days' Promise" is falling back a little, KBS 2TV's "Brain" is showing signs of a ratings increase. The battle between Shin Ha-kyun and Jung Jin-young in the sixth episode rated its best viewing percentage of 11.8%. The firm storyline is a large factor of the drama's popularity, but another reason is the attraction of actor Shin Ha-kyun. A genius who overcame hardships and became a doctor, Shin Ha-kyun reminds us of Kim Myung-min from "White Tower" and Lee Beom-soo from "Surgeon Bong Dal-hee".

Shin Ha-kyun is being praised in the press on "Brain" as well. New phrases like 'Ha-gyoon ache', 'My heart is Ha-gyoon' and other trendy catchphrases are being made everyday, proving how popular this actor is. Several fans state, "I want to buy the car he advertises", "I am going to live in the apartment he advertises" and so on to help him get good advertisement deals as well.

Initially, Shin Ha-kyun had joined the cast a week before the actual shooting as a substitute for Song Seung-heon. As it is a medical drama, the technical terms and other things he had to get used to could've been a burden on him, say several officials.

One person said, "It must've been stressful for Shin Ha-kyun. He could've lost everything he'd worked for in the last 13 years if he didn't do well. Even Song Seung-heon had stepped down for the reason that there wasn't enough time to prepare. Despite the risk, Shin Ha-kyun showed he could quickly adapt, and it can be said that he is a seasoned actor".

""Brain" Shin Ha-kyun to follow Kim Myung-min and Lee Beom-soo"
by HanCinema is licensed under a Creative Commons Attribution-Share Alike 3.0 Unported License.
Based on a work from this source