"Bread, Love and Dreams" continues to rise in ratings 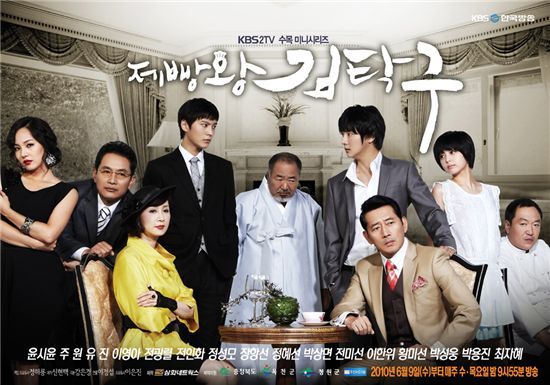 KBS series "Bread, Love and Dreams" continued to prove that it is no match on Wednesday and Thursday nights, blowing away its competition on the same time slot.

Figures from TNmS (Total National Multimedia Statistics) on Friday indicated that "Bread, Love and Dreams", into its fourth week, scored viewership ratings of 33.4 percent on June 30 and 35.8 percent last night. Compared to the previous week, the drama has seen an average increase of 4.6 percent.

This week's episode focused on how Tak-koo (played by Yoon Si-yoon) begins to compete with Ma-joon (played by Joo Won) while staying at the house of baking master Oh Doo-yong (played by Jang Hang-sun).

""Bread, Love and Dreams" continues to rise in ratings"
by HanCinema is licensed under a Creative Commons Attribution-Share Alike 3.0 Unported License.
Based on a work from this source