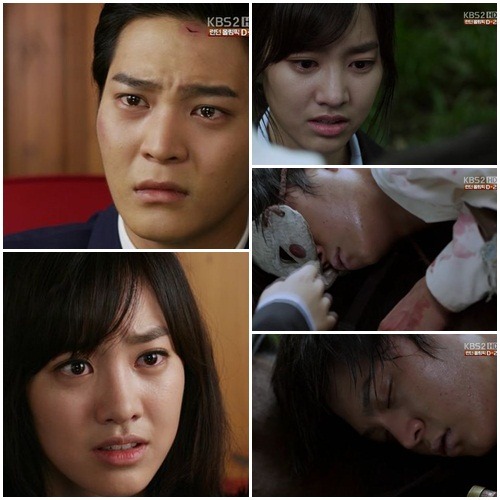 KBS 2TV drama "Bridal Mask" rated the highest score yet as the other dramas were cancelled due to the Olympics 2012 broadcasts.

Joo Won and Jin Se-yeon kissed on this day and confirmed their feelings for each other.

""Bridal Mask" rates 18% "
by HanCinema is licensed under a Creative Commons Attribution-Share Alike 3.0 Unported License.
Based on a work from this source