Brown Eyed Girls to hold concert in next weekend 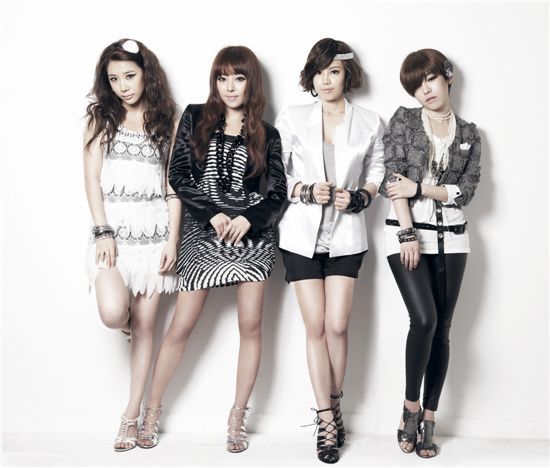 Korean female idols Brown Eyed Girls will hold a two-day concert next weekend, according to their agency Nega Network.

Nega announced on Thursday that the four-member girl group will take the stage for their concert on December 10 and 11 to be held at AX-Korea in Seoul.

The girls will sing a number of their hit songs including "L.O.V.E", "How Come" and "Abracadabra" as well as give solo performances.

Composed of leader Jea, Miryo, Narsha and Son Ga-in, Brown Eyed Girls made their debut in 2006 with their first album "Your Story" and has since released several albums, producing such hits as "Abracadabra" and "Sign".

They have also branched out into the Japanese music market, holding a showcase at Tokyo's Astro Hall in August.

Outside of their group activities, Narsha and Son Ga-in began solo careers this year while the members have all made appearances on various entertainment programs.