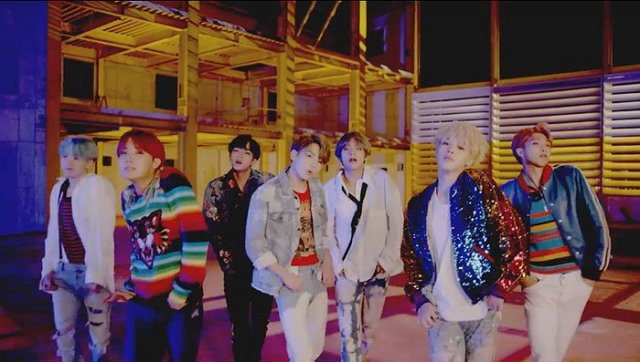 K-pop boy band Bangtan Boys, also known as BTS, set a new record for the fastest 10 million views on YouTube with the title track of their new mini album, "Love Yourself: Her".

The sci-fi, mystique music video of the song called "DNA" was first unveiled on Monday evening on YouTube and in just some eight hours it surpassed 10 million views. It was the shortest record among Korean singers to achieve the feat.

BTS' latest album has been sweeping major music-streaming sites here as well as iTunes charts worldwide since its release.

"BTS Set New Record on YouTube with New Song"
by HanCinema is licensed under a Creative Commons Attribution-Share Alike 3.0 Unported License.
Based on a work from this source