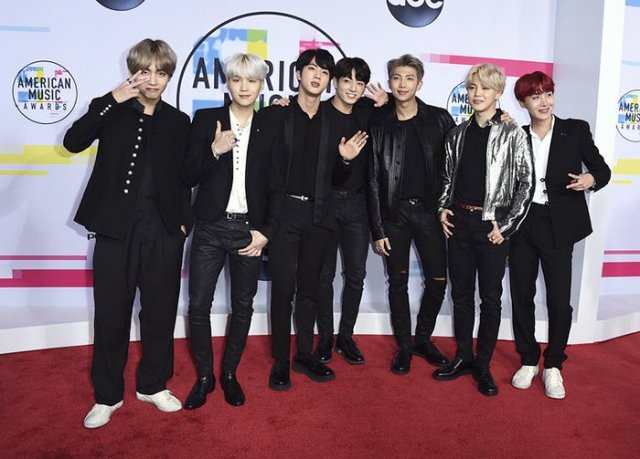 They became the first K-pop act to ever perform at the show televised throughout the U.S.

Over 9 million American viewers watched the show, which was aired live by ABC. As a testament to their popularity, there were many fans at the show to cheer them on wearing T-shirts with their names on them.

While on stage, they were the top trending search topics on Google, and there were some 20 million tweets about them.

The explosive response to their performance is largely attributed to their solid fan base on social media. They have more than 10 million followers on Twitter. 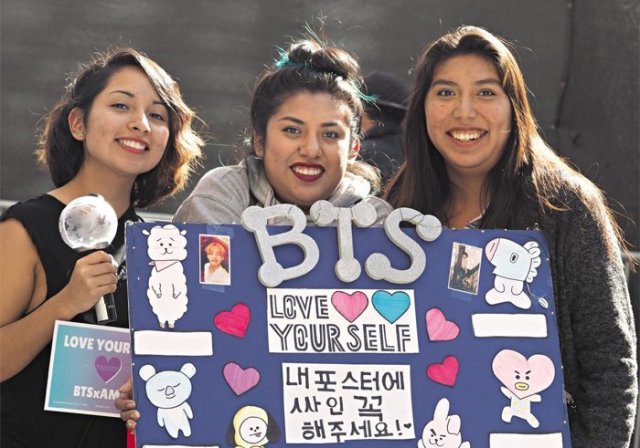 Fans of BTS pose with pickets to cheer them on in Los Angeles, California. /AFP-Yonhap

"We communicated with our fans through social media, even before our debut", said one of the members. "Rather than managing each member's individual social account separately, we dedicate to use just one account to share our stories including even some trivial things, allowing us to draw in more fans while letting them get familiar with us".

BTS will make appearances on a couple of popular talk show in the U.S. before their return to Korea.