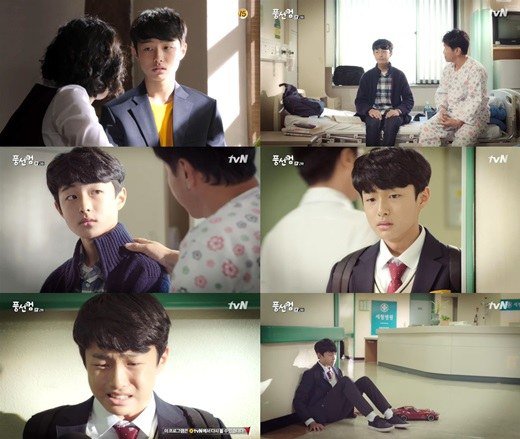 In the epilogue of tvN drama "Bubble Gum" on the 28th, Yoon Chan-young appeared as Park Ri-hwan and left a strong impression as an adolescent teenager.

Yoon Chan-young starred in movies, "The Legacy", "Manhole" and dramas, "When A Man's in Love", "Pluto Squad", "Gabdong - The Serial Killer", "Mama - Nothing to Fear", "Splendid Politics" and others.

He played Han Groo, Song Yoon-ah's son in the drama "Mama - Nothing to Fear" last year and despite his young age, he was able to take home the trophy for Best Kid Actor from the MBC Drama Awards.

He also played the younger version of Byun Yo-han in the SBS drama "Six Flying Dragons". He started off as a weak and scared little boy to a desperate boy for revenge.

From modern to historical, Yoon Chan-young is steadily growing into a great actor.

""Bubble Gum" Yoon Chan-young from chic to warm"
by HanCinema is licensed under a Creative Commons Attribution-Share Alike 3.0 Unported License.
Based on a work from this source