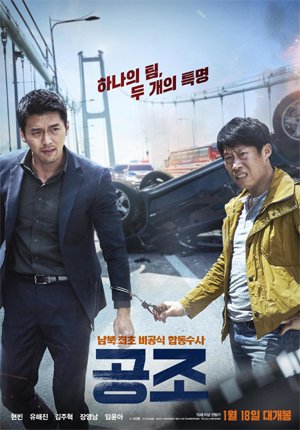 It became this year's first movie to achieve the feat, after hitting theaters on Jan. 19.

Starring Hyun Bin and Yoo Hae-jin, the action film tells the tale of a North Korean agent and a South Korean detective who cooperate to take down a North Korean criminal hiding in the South.

Meanwhile, "The King", which was released in the same week as "Confidential Assignment" to much fanfare as it brought together top actors Jung Woo-sung and Jo In-sung, has drawn some 5.22 million viewers.