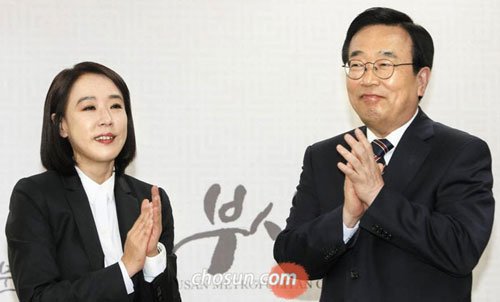 The Busan International Film Festival and its host city reached on Monday ended a bitter dispute over the event's independence that threatened to result in a massive boycott this year.

Busan Mayor Suh Byung-soo, a thorn in the side of filmmakers since he tried to ban the screening of a controversial film, will finally resign as chief organizer and make way for Kim Dong-ho, an honorary executive director of the festival.

The agreement was reached by Suh and BIFF co-executive director Kang Soo-yeon.

"We are sorry and thank the Busan citizens, film industry people in and outside of the country who have supported BIFF", they said in a joint statement. "We will return to the original spirit when the festival was launched 20 years ago and do all we can do to make it a success".

The row erupted when Suh tried to cancel the screening of a documentary about the government's mishandling of the Sewol ferry disaster during the 2014 festival. Suh was apparently wary of upsetting the central government with "The Truth Shall Not Sink with the Sewol", which details botched rescue efforts during the ferry sinking that claimed more than 300 lives in April 2014.

Filmmakers threatened to boycott this year's festival, leaving it with a bare rump program, unless Suh stepped down, and sought to wrest the festival entirely from the control of the city that funds it.

Busan and BIFF officials will hold an extraordinary general meeting this month and make the necessary amendments to the festival's rules, while appointing Kim as the new head. The rules will be changed to scrap a clause that automatically puts the Busan mayor in charge of the BIFF organizing committee and have both Busan and BIFF officials appoint new heads of the organizing committee. Suh and Kang vowed the revisions will guarantee transparency and fairness.

Filmmakers welcomed the agreement. Lee Chun-yeon, the editor of a film magazine who jointly headed an emergency committee to save BIFF, said, "We welcome the appointment of Kim Dong-ho, who is familiar with the movie industry, as the new organizing committee head". Lee added that filmmakers will decide whether to abort their boycott after studying the reforms BIFF officials offer.

"Busan Film Festival Ends Row with Host City"
by HanCinema is licensed under a Creative Commons Attribution-Share Alike 3.0 Unported License.
Based on a work from this source