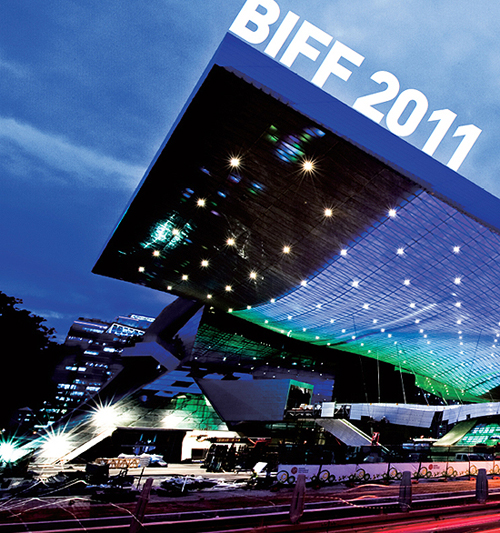 Despite some concern over construction delays at the Busan Cinema Center, the 16th Busan International Film Festival (BIFF) has opened at the new dedicated venue on schedule and with a galaxy of local and international stars on the red carpet. The festival opened Oct. 6 with the world premiere of Song Il-gon's ill-fated love story "Always", starring So Ji-sub and Han Hyo-joo.

The film had sold out in seven seconds and the director and his stars were greeted with huge cheers as they stepped onto the Busan Cinema Center's red carpet with festival director Lee Yong Kwan. Song declared, "This is a great honor in my life".

Actresses Uhm Ji-won and Ye Ji-won emceed the ceremony at the Busan Cinema Center's outdoor screening area while the LED panels on the Big Roof above the audience and stage kept changing with rainbow colors.

Festival chairman and mayor of Busan Hur Nam-sik declared the opening of the festival saying, "The Busan Cinema Center signals the beginning of a new era that will see Busan City become a visual media hub".

Before the start of the ceremony, director Hong Sang-soo also stepped onto the red carpet with actress Youn Yuh-jung to great cheers, as did director Kang Je-gyu and the top cast of his upcoming film "My Way" – Jang Dong-gun, Joe Odagiri and Fan Bingbing.

Hong Kong filmmaker Yonfan was also present as head of the New Currents jury with his colleagues from both that and the Flash Forward jury.

BIFF will screen a total of 307 films from 70 countries and close Oct 14 with Chronicles of My Mother, directed by HARADA Masato.

"Busan film festival opens to star-studded fanfare, Always"
by HanCinema is licensed under a Creative Commons Attribution-Share Alike 3.0 Unported License.
Based on a work from this source