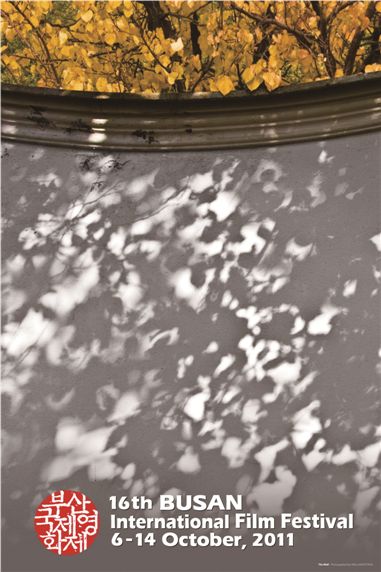 The 16th Busan International Film Festival (BIFF) has announced their full lineup of 135 premieres in 307 films from 70 countries, with the Opening Film to be director Song Il-gon's "Always", starring So Ji-sub and Han Hyo-joo.

Set to run Oct. 6 – 14, the festival and Asian Film Market will be held in the new Busan Cinema Center and other venues in Haeundae.

A story of a fatal love between a former boxer and a woman who is slowly going blind, "Always" is somewhat of a departure into melodrama for the auteur Song Il-gon, previously known for films like "Flower Island", "The Magicians" and Spider Forest.

He said, "I am infinitely honored. Ten years ago, my film Flower Island was introduced in the festival's New Currents competition and I received Busan's full support and love. So, ten years later, to have this film be the festival's Opening Film makes me very happy".

BIFF will close with director Harada Masato's Chronicle Of My Mother. The Japanese film is based on the famous writer Yusashi Inoue's autobiographical novel and stars Yakusho Koji, Kiki Kirin and Aoi Miyazaki.

This is BIFF's first edition since founding festival director Kim Dong-ho's retirement, and current festival head Lee Yong-kwan made note of it saying: "We're in the post-Kim Dong-ho era, and it's not the era of Lee Yong-kwan or anyone else, it's the era of the new Busan Cinema Center and of us continuing the great mountain of accomplishments that Kim Dong-ho has established".

After several years of funding trials and construction, the $158m dedicated festival venue of the Busan Cinema Center will be completed in time to hold the upcoming Opening Night ceremony in the building's outdoor screening area. With a screen up against one of the inner sides of the building, the area is sheltered by the structure's loftly roof, although remaining outdoors. The area seats 4,000.

The rest of the Busan Cinema Center houses one multifunctional theatre with 833 seats, a mid-size theatre with 413 seats and two smaller ones with 212 seats each. It will also include the festival offices, the Cinematheque Busan, the Busan Asian Film Archive and a 36-seat screening room.

Along with the name change of BIFF from PIFF, using the widely accepted Romanization of "Busan" instead of "Pusan", the festival has also changed the Pusan Promotion Plan (PPP) to the Asian Project Market (APM).

This year, the festival is also starting an academic conference called the Busan Cinema Forum to gather scholars from all over the world to discuss cinema. This year it will have director Apichatpong Weerasethakul and professor Dudley Andrew as keynote speakers.

The festival also previously announced programs such as a retrospective on 1960s cinema master Kim Kee-duk (Five Marines) and a Special Focus on Yonfan: A Touch of Sensuality. Tsui Hark, whose credits include A Better Tomorrow and Once Upon a Time in China, has been named as Asian Filmmaker of the Year.

The full BIFF line-up is online at www.biff.kr.