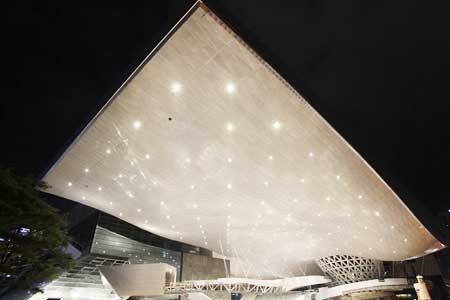 Standing tall and wide, and at an odd angle like an upside pyramid, the Busan Film Center in Haeundae Centum City is hard to miss.

The white, dramatically lit building has become a new landmark in this southern port city's architecture, and cinephiles from near and far will gather there next month for the Busan (formerly Pusan) International Film Festival (BIFF).

Final touches are underway for the Center's opening Sept. 28, ahead of the film festival's grand curtain-raising Oct. 6 for a nine-day run through Oct. 14. 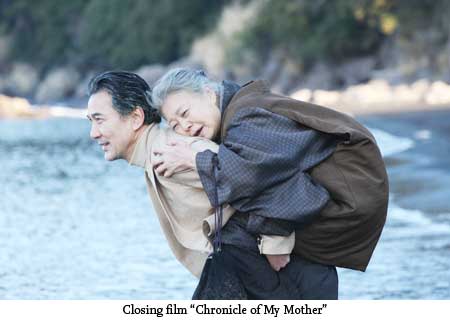 In addition to having a new home, the 16th edition of Asia's largest cinema event sees many changes. Founding director Kim Dong-ho announced his retirement last year and the succeeding Lee Yong-gwan will helm the upcoming edition of the festival.

"We will try our best to make up for past shortcomings and to encourage more people to participate in the festival", Lee told reporters during a press meeting last Thursday.

Indeed the long awaited opening of the Busan Film Center is expected to provide for a more impressive and efficient festival-going experience. 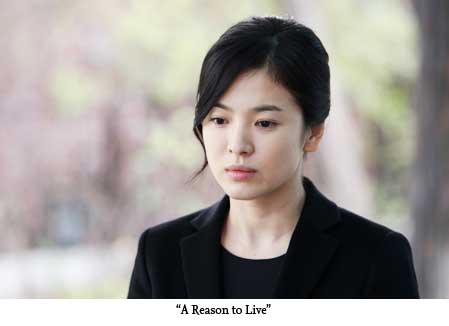 Designed by the Vienna-based design firm Coop Himmelb(l)au, the new center boasts four state-of-the-art theaters as well as a giant, 24 meter by 13 meter outdoor screen which can be viewed by some 4,000 people for the opening and closing ceremonies. The center is also home to the Busan Cinematheque and the Busan Asian Film Archive.

In the past main ceremonies and screenings were held at the Busan Yatching Center as well as the environs of Haeundae Beach and Nanpo-dong. But beginning this year the festival will be centered on the Busan Film Center and Haeundae, simplifying logistics for festival-goers.

With the festival less than four weeks away, avid fans of the annual event are already acting quickly to secure movie tickets and lodging, especially since festival organizers are offering great discounts. 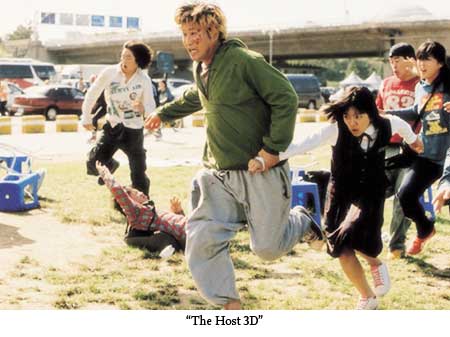 Ever since online reservations for tickets opened last Friday, fans are acting fast to secure as many tickets as possible.

Don't worry if you don't end up watching all six or 10 films; these coupons are valid for three years even if ticket prices go up in the future. The same applies for those who purchased admission coupons during the past two years, which remain valid. 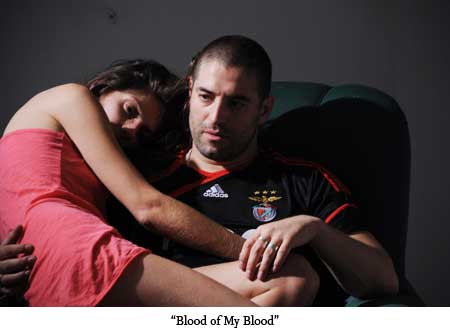 The only down side to these coupons is that users must enter the 20-digit code to make reservations for films online, and the time-consuming process often results in losing the chance as admissions for high-in-demand works sell out by the second.

These coupons are on sale through Sept. 21. They will be shipped Sept. 22 to confirmed users that have fully paid the due cost. Some 100 packages were sold on the opening day of sales alone.

Lodging is often a problem, as hotel and motel fees often double during the festival. BIFF organizers thus offer festival-goers its own in-house system. It began the service in 2001 for the 6th edition of the event, providing lodging for as little as 5,000 won per night.

This year the Arpina Youth Hostel is open to movie fans. Rooms accommodate anywhere from four to 15 people, and costs from 8,000 to 15,000 won per person. 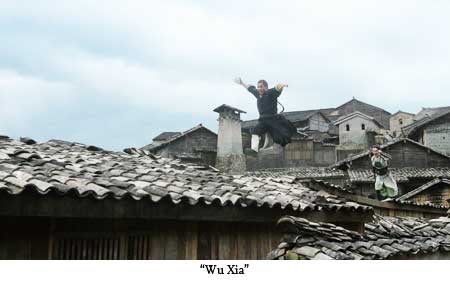 One person can request spots for up to four people, but men and women cannot be lodged in the same room. Reservations opened at 10 a.m. on Wednesday on the festival's website www.biff.kr (Korean and English).

The hostel can host up to 140 people per night, but competition for the much coveted weekend (Oct. 7-9) is high so hopeful users are advised to make reservations quickly.

The reason why of course cinephiles flock to BIFF each year is to watch what Asia's largest cinema showcase has to offer. This year's lineup includes 307 films from 70 countries, including 135 international and world premieres.

Song Il-gon's "Always" will open the festival. The Cannes-winning Song is best known for his lyrical experimentation and silent long shots in films such as "The Magicians", but he opts for a more mainstream style in this romance featuring top stars So Ji-sub and Han Hyo-joo. 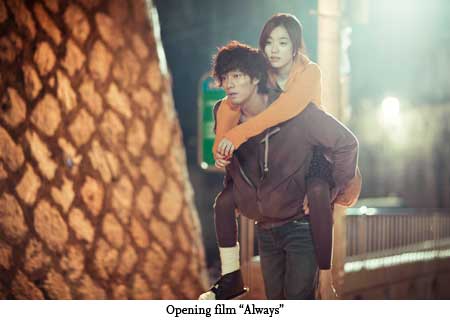 The movie is about a disgruntled former boxer (So) falling in love with a telemarketer (Han), who remains cheerful despite the fact that she is slowly losing her sight.

Fans of Korean cinema can look forward to Song Hye-kyo's return to the big screen in "A Reason to Live". The popular actress stars opposite Nam Ji-hyun in this film that takes a critical look at capital punishment and violent patriarchical rule. The film also marks the return of director Lee Jeong-hyang, who is known through mellow dramas susch as "Art Museum By The Zoo" and "The Way Home". "A Reason to Live" is featured in the Gala Presentation section.

Not to be missed in the Gala Presentation is Luc Besson's "The Lady". The famed French director portrays the trials of Myanmar's political activist Aung San Suu Kyi, played by star actress Michelle Yeoh. Besson will visit the festival to take part in a hand-printing ceremony, among other events. (Related story on page 10)

The same section introduces Peter Chan's "Wu Xia", a stylistic film about a quiet man who is suspected of being a martial arts master.

In addition to featuring a range of works for pan-Asian countries, BIFF will present works from Africa, South America and Europe. There is a special focus on Portuguese cinema this year and fans can watch films such as "Blood of My Blood" by Jose Canijo.

The Asia Project Market, Asia Film Market and the Busan International Film Commission and Industry Showcase will be held in conjunction with the festival.

A family drama by Masato Harado will close BIFF. "Chronicle of My Mother" is about a successful writer who learns to make amends with his estranged mother as she suffers from dementia. The protagonist had resented the fact that his mother had sent him to live with his grandfather's mistress as a child, but discovers the reason for the decision as well as her profound maternal love.