Busker Busker To Perform In Japan 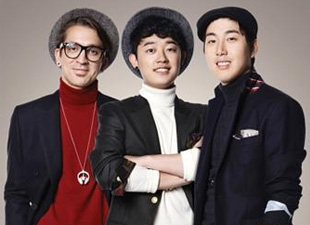 Runner-ups in the Super Star K 3, Busker Busker will be performing in Japan!

According to Mnet on April 10th, Busker Busker will be holding their first performance in Japan in Saitama by participating in the M! Countdown Haro Japan event.

The band expressed, "We're excited and nervous about performing in Japan for the first time in our lives. We'll do our best to have a show where people regardless of nationalities will all have fun".

The M! Countdown Haro Japan is the third time M! Countdown is touring in Japan. Mnet will be teaming up with the music channel Space Shower TV for the event.

There will be a total of 9 male acts and 7 female acts, including Yoon Mirae, miss A, 4minute, SISTAR, Tiger JK, FT Island, MBLAQ, and U-Kiss.

"Busker Busker To Perform In Japan"
by HanCinema is licensed under a Creative Commons Attribution-Share Alike 3.0 Unported License.
Based on a work from this source