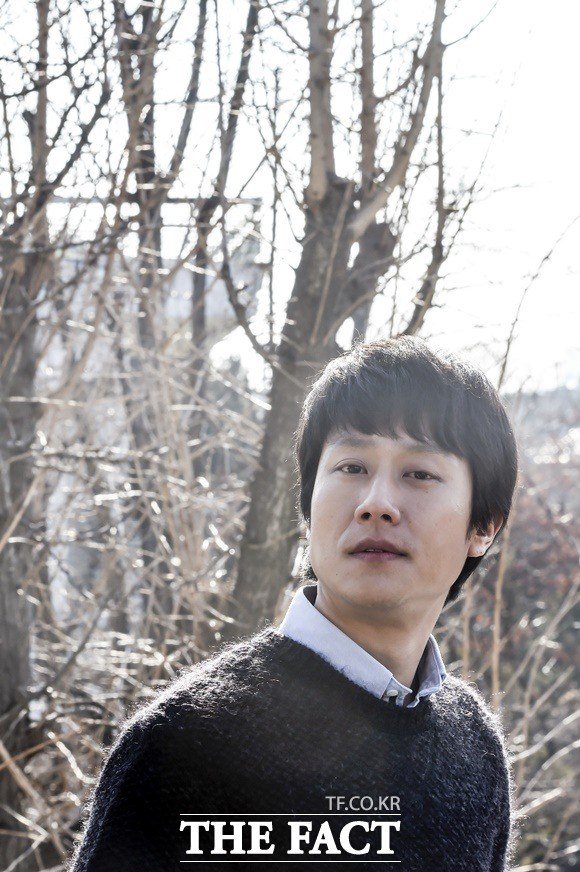 Actor Jung Woo is not the best looking like Jung Woo-sung. He's different. Jung Woo-sung smiles silently with one side of his lip turned upwards but Jung Woo laughs out loud.

We met Jung Woo in a café in Samcheong-dong. He laughed as he greeted us. We joked that he is very different from Jung Woo-sung although they are a syllable apart and he jokes back.

He's the guy next door, the nice guy, the humane guy and they are the reasons why we like him.

"C'est Si Bon" is based in the record store "C'est Si Bon" which is the homegrond for Jo Yeong-nam, Lee Jang-hee, Yoon Hyeong-joo, Son Chang-sik and other folk musicians in Korea. The drama is about the duet Twin Polio and their muse.

Jung Woo acts out Oh Geun-tae's younger version. Jung Woo goes back into the past and sings while strumming his guitar.

"I love music so this role was really enjoyable. I like Kim Hyeon-sik, Kim Gwang-seok, Lee Moon-sae and Deulgukhwa. I don't listen to recent songs. I don't like the sound of machinery. I bought some records while making "C'est Si Bon". I like the feeling of listening to a record rather than listening to it online".

Not only has he felt the joy of listening to music through "C'est Si Bon" but he's also experienced singing on "Yoo Hee-yeol's Sketchbook" and the streets of Hongdae. With him were Jok Bo-rae, Kang Ha-neul and Jin Goo.

"We were a mess. I tried my best to sing with my heart but my voice wouldn't keep up with me. At least you'll be able to watch the movie without pressure thanks to technology".

"C'est Si Bon" is about the beautiful music created by three young men but there is also the romance between Oh Geun-tae and Min Ja-yeong (Han Hyo-joo).

Jung Woo has been the honest lover boy in "Respond 1994" and "The Greatest Lee Soon-shin". Once again, Oh Geun-tae has only eyes for one girl and behind those eyes is 'honesty'.

"I try my best to be honest about the basics. I try not to bring outside influence into my performance. I keep it simple that's all. I try to make the actress stand out more than me because she's prettier".

Jung Woo smiled saying he feels almost perfect happiness. He is also glad the people around him are happy to see him succeed and the workload he's got is paying off for the long years of going unnoticed.

"I want to make those around me, happy. That thought gets stronger. I want them to be happy. I want to be healthy and enjoy life. I have been nameless for a long time and those around me have been affected by my status. I want to pay them back. Come to think of it, I've been talking about family and health a lot. I am a cheesy person". 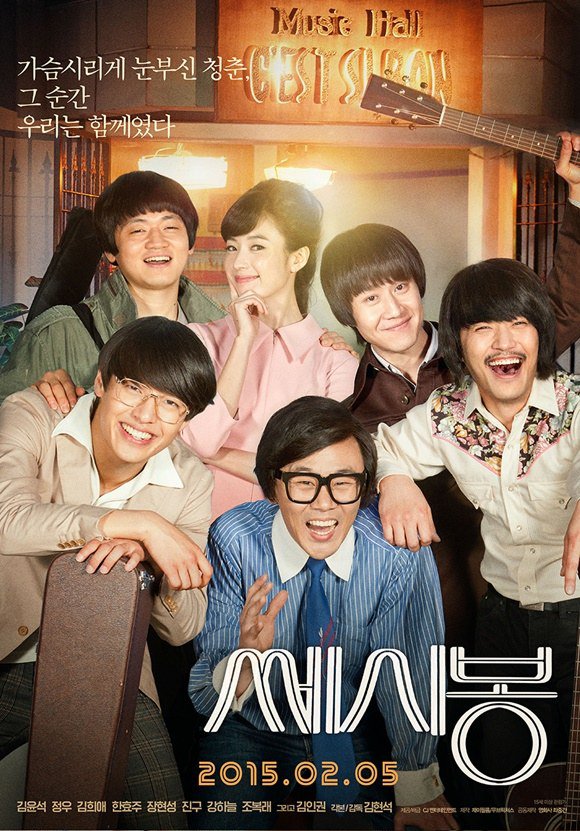 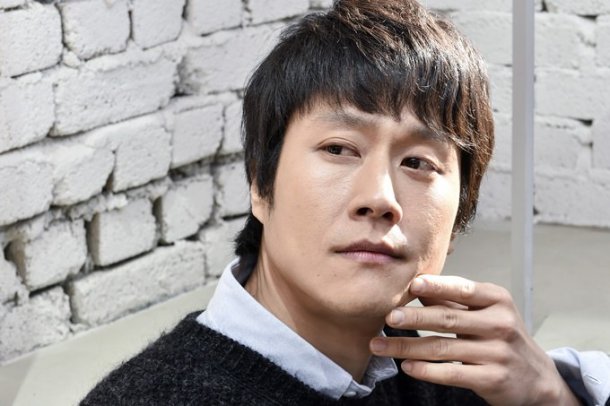 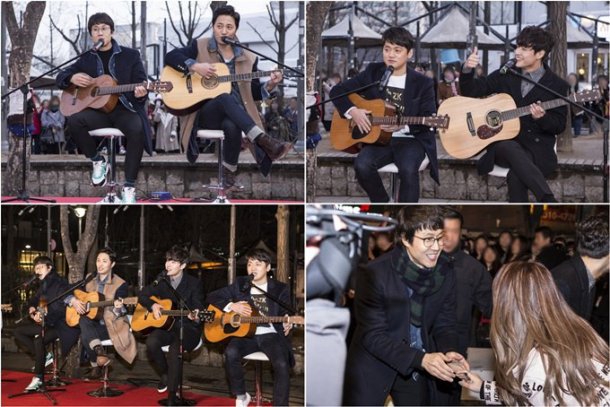 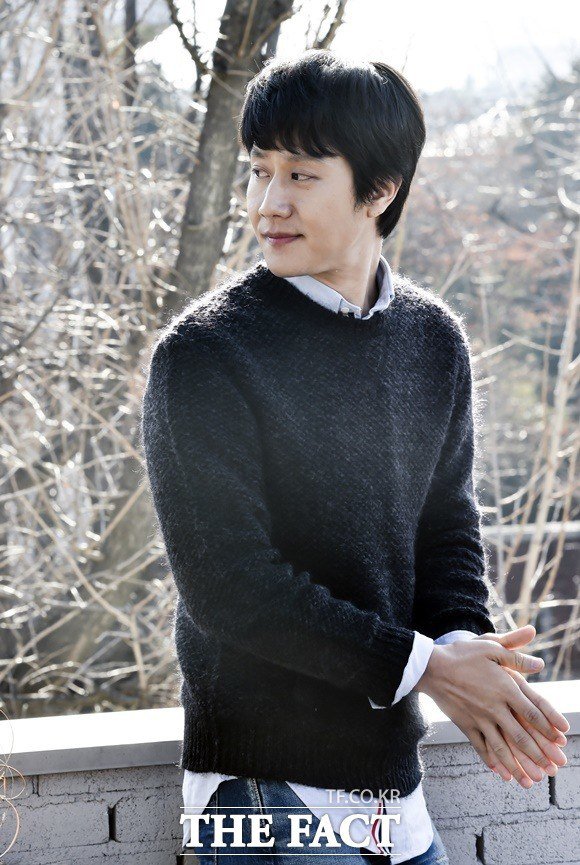 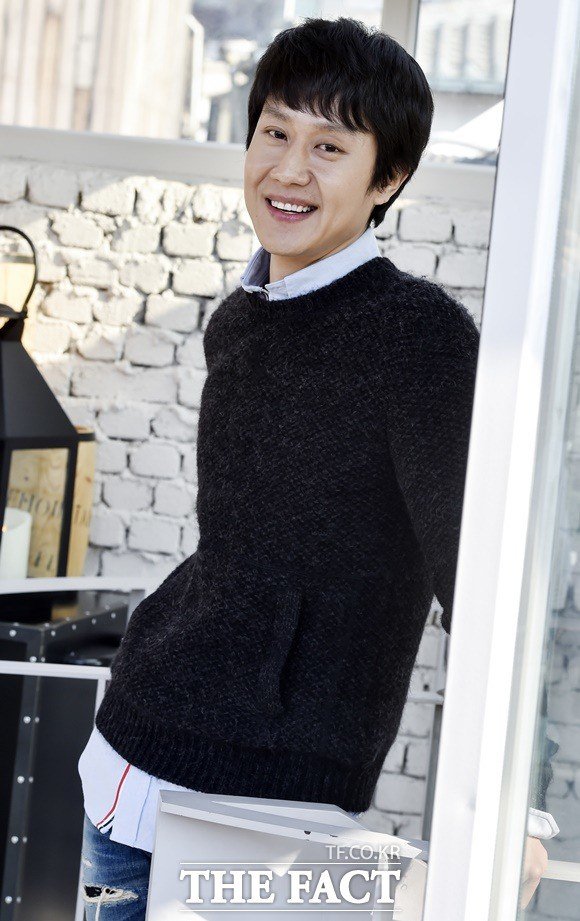 ""C'est Si Bon" Jung Woo"
by HanCinema is licensed under a Creative Commons Attribution-Share Alike 3.0 Unported License.
Based on a work from this source