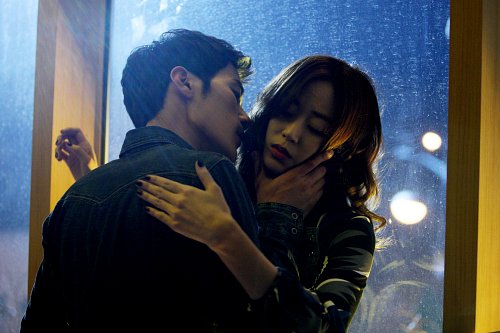 Interest in the movie "The Taste of Money" has increased even more because it turns out Cannes International Films Festival Commissioner Thierry Fremont has said many good things about it.

Having watched the movie, Thierry Frémont said, "The classic Mise-en-Scène of this movie has no doubt earned itself one of the best out of all the movie that have been chosen for the Cannes this year. Im Sang-soo's work pursues tradition and this indeed is outstanding. I introduce Im Sang-soo, a director we already know through "The Housemaid - 2010" and "A Good Lawyer's Wife" and you will soon see a very surprising style of filming very soon".

"The Taste of Money" is about the hidden stories of the upper classes in Korea who are addicted to money. Middle-aged actress and actor Youn Yuh-jung and Baek Yoon-sik with Kim Kang-woo and Kim Hyo-jin make up the unique cast and this movie will be released in the 17th of May.

"Cannes Commissioner praises "The Taste of Money" "
by HanCinema is licensed under a Creative Commons Attribution-Share Alike 3.0 Unported License.
Based on a work from this source