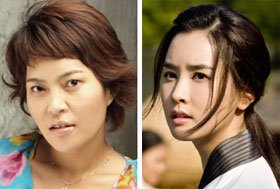 Celebrities are striking back over online rumors that they were involved in a high-class prostitution scandal.

Comedian Jo Hye-ryun on Monday asked police to find the person who generated the rumor that she is involved.

But the performers in a press release on Tuesday said the rumor is "malicious". "We tried to ignore it, but now that our names have been directly mentioned, our patience has worn thin", they said.

They added they feel "insulted" as women.

The rumor started spreading largely through Kakao Talk, last Thursday after reports that the police is investigating a prostitution scandal involving some celebrities.

Messages claimed that about a dozen female celebrities are involved and that they sold sexual favors for between W7 million and W50 million (US$1=W1,052).

Industry insiders say that even if the rumor proves false, the damage is already done.

"If he or she does not take action against it, people say 'that's because they're worried'. And if they do take action, people say, 'Oh that wasn't true? Ok, then'," a staffer with an entertainment agency said. "Either way, those involved are already hurt".

"No matter whether the rumor is true or not, it strikes a fatal blow to those involved as it tarnishes their image, which affects their casting for dramas or commercials".

It is becoming harder to trace the origins of such rumors because service providers store message data only for a limited period of time -- chats on Kakao Talk are usually deleted after five days.